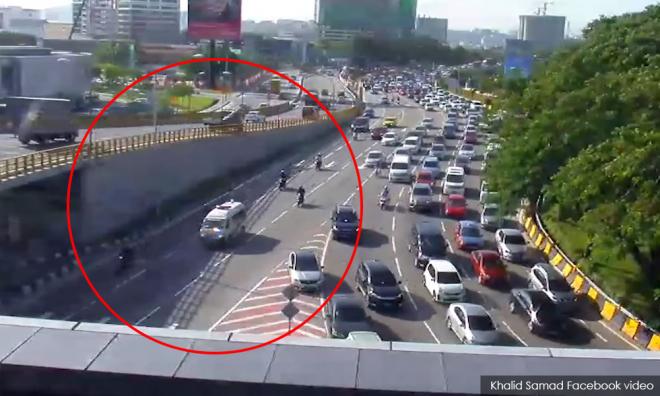 Minister’s outriders helped ambulance through traffic, not blocked it’

The office of Federal Territories Minister Khalid Abdul Samad has denied that the minister’s outriders had blocked an ambulance that was responding to an emergency.

Instead, the office said in a statement today that the outriders had cut ahead of the ambulance in order to clear a path for it through heavy traffic.

“What happened what that the ambulance was stuck in heavy traffic congestion.

“As a result, the minister’s vehicle and the ambulance both managed to get through traffic and continue on their journeys smoothly after DKBL traffic officers cleared the way,” the statement read.

It said the incident took place on Wednesday at 9.15 am along Jalan Istana in Kuala Lumpur.

This morning, a short video clip had circulated on social media platforms claiming that an ambulance stuck in traffic had to give way to a “Pakatan Harapan minister’s” convoy.