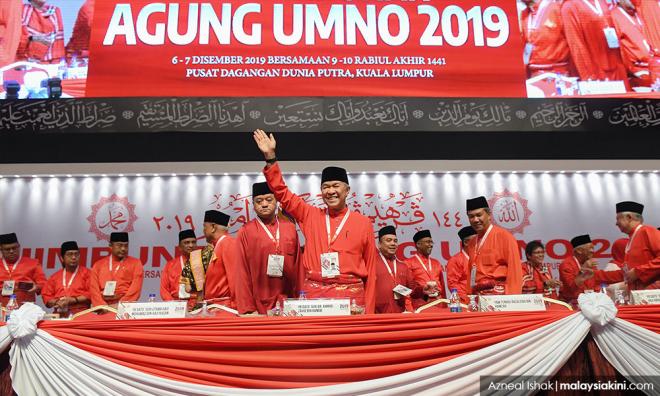 UMNO AGM | All the party's annual general assembly today, all 38 Umno lawmakers pledged that they will only form the government via the "front door", meaning in a manner that is above board.

This happened when Umno president Ahmad Zahid Hamidi suddenly asked them to stand up after he revealed that all the party's members of Parliament had arrived at a consensus to move en bloc.