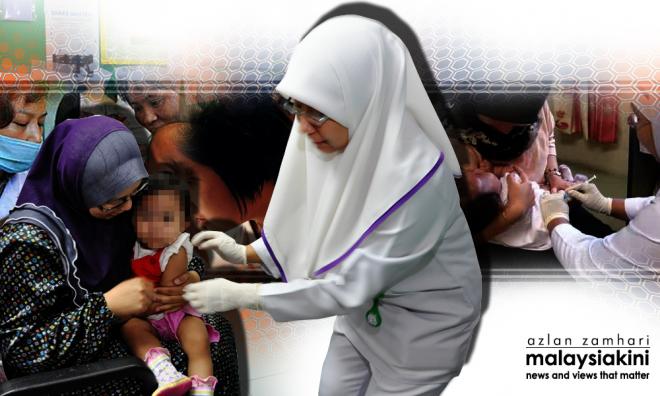 Health Ministry director-secretary Noor Hisham Abdullah said Malaysia has recorded its first polio case after the disease was absent for some 27 years.

"The Health Ministry regrets to inform there has been a confirmed case of poliovirus infection in Malaysia, after being free of the disease for 27 years.

"The case involved a three-month-old Malaysian male baby from Tuaran, Sabah, who experienced fever followed by body weakness, and was admitted to the intensive care unit," he said in a press statement.

Noor Hisham said it was confirmed that the baby was suffering from circulating vaccine-derived poliovirus type 1 (cVDPV 1).

He said cVDPV 1 originates from a weakened poliovirus used in vaccines administered orally.

He said the weakened virus can still appear in the faeces of those who consume the vaccine but those who have been vaccinated are immune.

"In an unsanitary environment, it can infect people who have no immunity against polio and spread in communities that have less than 95 percent immunisation coverage," he said, adding that the virus can eventually mutate.

Noor Hisham said an investigation showed that 23 out of 199 children aged two months to 15-years-old in the area where the case was discovered, or 11.6 percent, were not vaccinated.

"This is a concerning situation as the spread of cVPDV can only be stopped through polio immunisation.

"As a result of explanation to parents about the importance of polio immunisation, all of the children's parents have agreed to be given polio vaccination," he said.

He said vaccination efforts will also be done in high-risk areas.