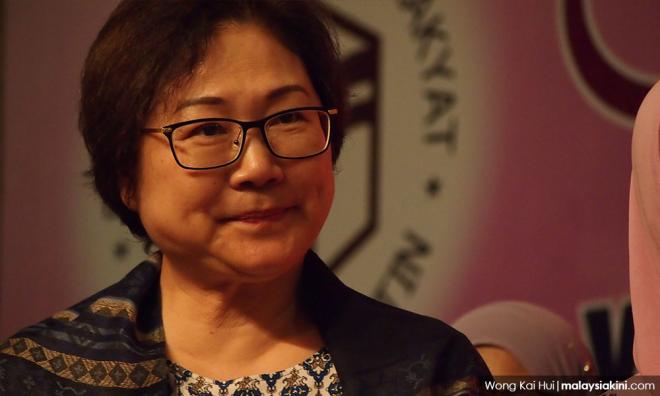 KIMANIS POLLS | Sabah Pakatan Harapan chairperson Christina Liew is expected to meet the state Bersatu chapter to discuss the Kimanis by-election, following Bersatu's interest to nominate its candidate for it.

Bernama reported that Sabah Chief Minister Mohd Shafie Apdal had asked Liew (photo), who is also Sabah PKR chairperson, to chair a meeting with Sabah Bersatu to discuss the matter.

The media met him in Kota Kinabalu.

Sabah Bersatu secretary Ronald Kiandee had said in a statement that Kimanis was one of Sabah Bersatu's most active divisions with various “outreach” programmes carried out by the division’s leadership since the party was formed in the state.

However, Ronald stressed that Sabah would honour any decision taken by the Harapan leadership.

The Federal Court upheld an Election Court ruling that nullified Anifah Aman's 2018 victory for the Kimanis parliamentary seat, paving the way for a by-election.

The decision was reached by a five-member bench led by Chief Justice Tengku Maimun Tuan Mat, where they unanimously dismissed Anifah's appeal to set aside the Election Court ruling.