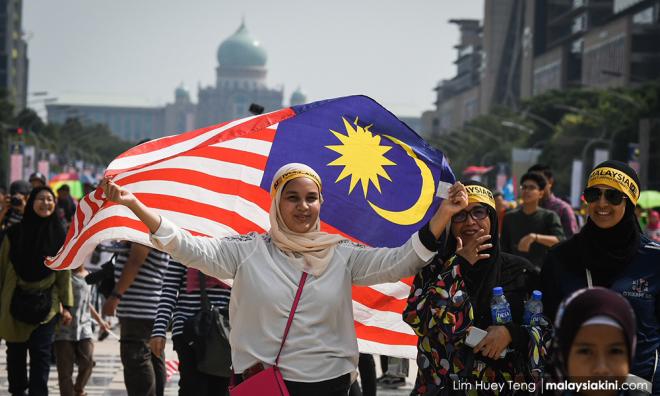 MP SPEAKS | Interestingly, we casually throw the word “human rights” in conversations that touch on political, socio-economic and cultural issues.

But what exactly are human rights?

Well, it may not be possible to explain the word in its entirety, but human rights guarantee people the means necessary to satisfy their basic needs.

And by basic needs, we mean food, water, housing, healthcare and education. It’s also generally understood that by guaranteeing life, equality, security and freedom, human rights protect people against abuse by those who are more powerful.

We are set to celebrate Human Rights Day on Dec 10. But something needles me, as last year we were better off in terms of fulfilling some of the promises Pakatan Harapan pledged in the run-up to the historic general election in 2018.

After taking over the federal government, I must say Harapan did well in terms of freedom of expression by dropping politically-motivated sedition charges against activists, artists and politicians.

But we pledged much more - we wanted to create a human rights record that was “respected by the world”, ratify international human rights treaties, abolish oppressive laws, ensure accountability for police actions, ratify the refugee convention and in general, implement the much-needed reforms and rule on the premises of inclusion.

But now it’s almost like we have made a U-turn.

The Sedition Act and the Security Offences (Special Measures) Act 2012 (Sosma) are still being used, and we have not repealed the Official Secrets Act.

The arrests of 12 men under Sosma lacks basis, pointing to the fact that police actions still lack accountability. In fact, Parliament wasn’t even able to debate the IPCMC Bill as scheduled.

Systemic discrimination against the LGBT community persists, with transgender persons being the main targets due to visibility.

Child marriage is yet to be banned in the country, but we raise questions about decency alluding to a tattoo exhibition held in the federal capital of Kuala Lumpur.

We back-pedalled a pledge to ratify the International Convention on the Elimination of All Forms of Racial Discrimination (Icerd) and the Rome Statute on International Criminal Court (ICC) following a backlash from groups who fear it could dilute privileges for the Malays.

In short, come 2019 the government lacks the political will to reform institutionalised racial politics, most probably for fear that it would not be able to woo Malay voters who continue to shun Harapan.

Putting aside grandiose words such as institutionalised reforms, ratifying conventions, accountability and Icerd, let’s look at the day to day issues of Malaysians.

It’s not a pretty picture either. Wages continue to be stagnant, prices of food and essential items are increasing, toll charges remain, our public transport is a mess, graduates are complaining of lack of jobs, crime is on the rise, poor people with terminal illnesses such as cancer go bankrupt within a year of diagnosis and political patronage means you need “connections” to make it big.

It’s tiring to even think through these issues as we have fought against them for decades.

So, it’s not about which party comes to power but about the system that allows for corruption, greed for political power and political manoeuvring at the expense of the people.

So what are we celebrating, come Tuesday? I can only think of the fact that ordinary Malaysians, such as you and myself, can still speak truth to power.

We can rejoice in the fact that the rakyat now understands they can vote out governments that don’t keep their promises.

We can come together to mark occasions, like the results of the Tanjung Piai by-election, where power lies in the hands of ordinary people.

And we can only hope that Harapan realises this and gives us more reasons to celebrate Human Rights Day next year by affecting promised reforms.

CHARLES SANTIAGO is a DAP member and MP for Klang.