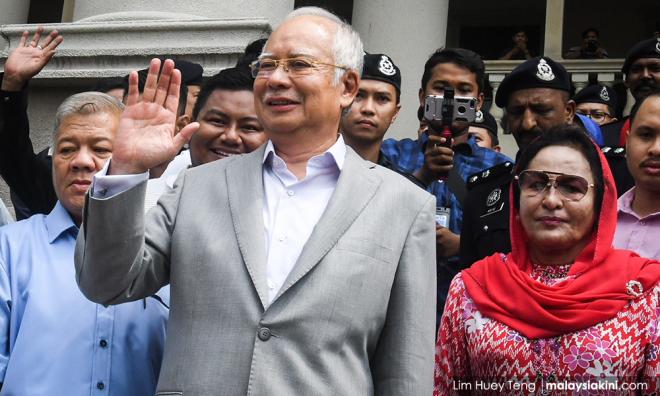 Spending at luxury stores were for Rosmah and diplomacy, says Najib

Najib Abdul Razak was today asked to explain his spending at luxury stores in Hawaii and Sardinia, Italy, using funds which investigators claim originated from state-owned SRC International Bhd but which the former premier insists are donations.

Najib said the US$130,625 (RM543,530) charged to his credit card at Chanel in Honolulu, which was later paid off using funds in his bank accounts, were intended for his wife Rosmah Mansor.

Najib: Insane for me to willingly take SRC funds
9 Dec 2019
Day 61: Defence to apply for Aussie expert to examine documents
9 Dec 2019
Why Umno will always be relevant
9 Dec 2019
Connecting the dots in 1MDB saga: The IPIC settlement
5 Dec 2019