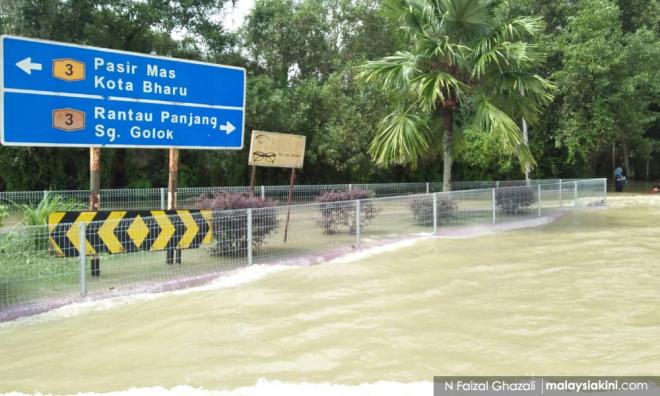 Residents in low lying and flood-prone areas in Kelantan have been advised to prepare for the second wave of floods expected to hit on Dec 25 and 26.

Kelantan police chief Hasanuddin Hassan said although the situation was now back to normal and temporary evacuation centres (PPS) closed, residents must constantly be on alert as the flood season was not over.

“We are advising everyone, especially those with young children, senior citizens and expectant mothers to always be prepared for evacuation orders, as we do not want a situation where there are those who refuse to move as this would hamper rescue operations.

“This sort of attitude must change as it makes things difficult for themselves and the rescue teams,” he told reporters.

Hasanuddin said during the first wave of floods last week, there were residents who refused to evacuate despite their homes inundated by floodwaters higher than one metre.

Wanting to safeguard their belongings and being used to flood situations were among the reasons given, he said, adding that such attitude only courted danger for the occupants.

"The Fire and Rescue Department and the Civil Defence Force sometimes had to coax these residents to move.

"If they still refuse to, they will have to face the consequences, especially when rescue efforts get tough after nightfall, or when currents are too strong,” he said.

He said police will also request for electricity supply in badly-flooded areas to be cut off for fear of electrocution incidences, such as what had happened in Pasir Mas recently.