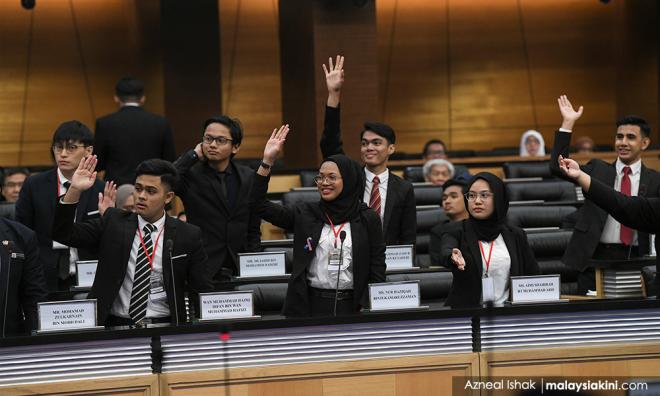 Youths will be debating the Malaysia Agreement 1963 (MA63) this Sunday, in the latest series of Parliamentary Debathon 2019 organised by Malaysiakini.

The motion reads as follows: "Sabah and Sarawak must be restored to their rightful positions within Malaysia in line with the 1963 Malaysia Agreement.

"The guaranteed rights of Sabahans and Sarawakians must be upheld based on the mutually-agreed special clauses within the MA63.

"The restoration of these rights will ensure and improve the prosperity and well-being of all Sabahans and Sarawakians."

Youths partaking in the event will debate in the same way as MPs do, and will be moderated by Dewan Rakyat Deputy Speaker Mohd Rashid Hasnon.

The debathon series was first held in September at the Dewan Rakyat itself, where House speaker Mohamad Ariff Md Yusof remarked that the youths debated better than the elected lawmakers.

Those interested in witnessing Sunday's debate can register for free here.

Amending the Federal Constitution to make clear the rights of the states of Sabah and Sarawak was previously debated in the Dewan Rakyat, but the bill was defeated as it failed to secure a two-thirds majority.