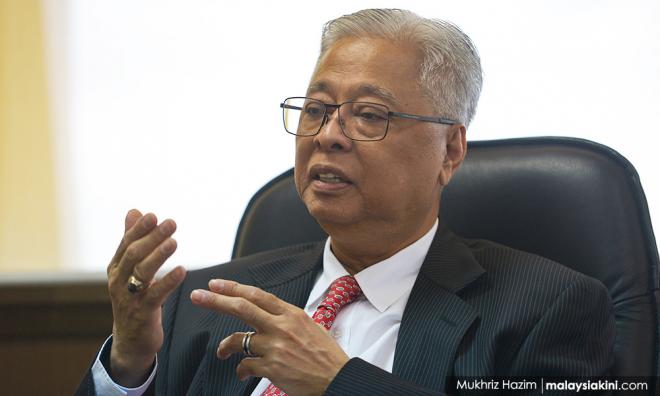 Umno vice-president Ismail Sabri Yaakob today claimed that rule of law is now dead in Malaysia following the Attorney-General's Chambers withdrawal of an appeal over the acquittal of PKR vice-president Rafizi Ramli.

"This latest case clearly shows the failure of the Pakatan Harapan government. The rule of law is dead in Malaysia.

"This is the New Malaysia. The sovereignty of the law is dead!" claimed the Bera MP in a Facebook post today.

He said this was as Attorney-General Tommy Thomas had allegedly ordered for the appeal against Rafizi to be withdrawn in response to criticisms by the former Pandan MP.

"This is a very unfortunate incident in our country's judicial system.

"The AG is tasked to be the guardian and protector of our rule of law, but now their people can see that he has become the person to breach it?" he said.

Last Friday, Rafizi fired a salvo at Thomas after an appeal was filed against the Shah Alam High Court's decision to acquit and discharge him and bank clerk Johari Mohamad on charges under the Banking and Financial Institutions Act (Bafia) 1989.

Rafizi at the time told Malaysiakini there was an obvious contrast in Thomas' decisions to exercise his discretion, having in the past withdraw cases against other Pakatan Harapan leaders including DAP secretary-general Lim Guan Eng and Amanah information chief Khalid Samad.

"But yet, he pursues the jail sentence against me till the last court," Rafizi had said.

Later the same day, Thomas revealed that he was not aware of the appeal filed and vowed to take action against his officers responsible.

Ismail, however, cited reported views that the AGC would almost always notify the court that they would appeal after losing a criminal trial.

"Is the AG unfamiliar with AGC's procedure or is he trying to save himself by blaming another officer?" Ismail said.

He further claimed this was not the first time Thomas had allegedly failed to uphold the rule of law, citing contempt proceedings brought by Mohd Kassim Abdul Hamid, father of the later firefighter, Muhammad Adib.

However, the Shah Alam High Court overturned the decision, saying the prosecution had failed to produce original documents, as required by Section 61 of the Evidence Act.