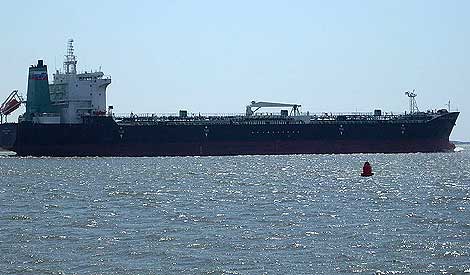 US trade offensive takes out WTO as global arbiter

US disruption of the global economic order reaches a major milestone on Tuesday as the World Trade Organization (WTO) loses its ability to intervene in trade wars, threatening the future of the Geneva-based body.

Two years after starting to block appointments, the United States will finally paralyse the WTO’s Appellate Body, which acts as the supreme court for international trade, as two of three members exit and leave it unable to issue rulings.

Major trade disputes, including the US conflict with China and metal tariffs imposed by US President Donald Trump, will not be resolved by the global trade arbiter.

Stephen Vaughn, who served as general counsel to the US Trade Representative during Trump’s first two years, said many disputes would be settled in future by negotiations.

Critics say this means a return to a post-war period of inconsistent settlements, problems the WTO’s creation in 1995 was designed to fix.

The EU ambassador to the WTO told counterparts in Geneva on Monday the Appellate Body’s paralysis risked creating a system of economic relations based on power rather than rules.

The crippling of dispute settlement comes as the WTO also struggles in its other major role of opening markets.

The WTO club of 164 has not produced any international accord since abandoning “Doha Round” negotiations in 2015.

Trade-restrictive measures among the G20 group of the largest economies are at historic highs, compounded by Trump’s “America First” agenda and the trade war with China.

Phil Hogan, the European Union’s new trade commissioner, said on Friday the WTO was no longer fit for purpose and in dire need of reforms going beyond just fixing the appeals mechanism.

For developed countries, in particular, the WTO’s rules must change to take account of state-controlled enterprises.

In 2017, Japan brought together the United States and the European Union in a joint bid to set new global rules on state subsidies and forced technology transfers.

The US is also pushing to limit the ability of WTO members to grant themselves developing status, which for example gives them longer to implement WTO agreements.

Such “developing countries” include Singapore and Israel, but China is the clear focus.

US Commerce Secretary Wilbur Ross told Reuters last week the United States wanted to end concessions given to then struggling economies that were no longer appropriate.

“We’ve been spoiling countries for a very, very long time, so naturally they’re pushing back as we try to change things,” he said.

The trouble with WTO reform is that changes require consensus to pass. That includes Chinese backing.

Beijing has published its own reform proposals with a string of grievances against US actions. Reform should resolve crucial issues threatening the WTO’s existence while preserving the interests of developing countries.

Many observers believe the WTO faces a pivotal moment in mid-2020 when its trade ministers gather in a drive to push through a multinational deal - on cutting fishing subsidies.

“It’s not the WTO that will save the fish. It’s the fish that are going to save the WTO,” said one ambassador.