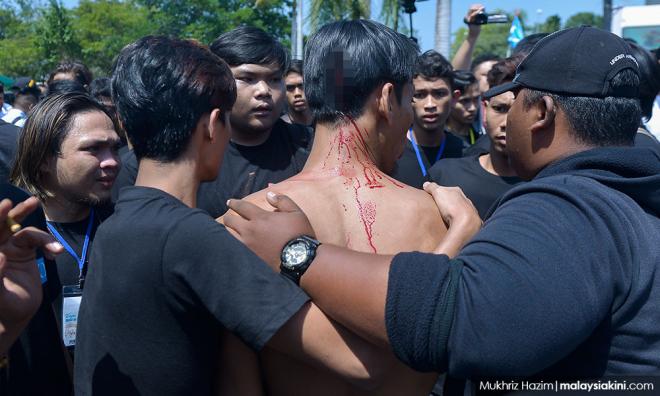 Malacca Police have detained six men to assist in investigations into the brawl which took place during the 2019 PKR Youth (AMK) National Congress at the Malacca International Trade Centre (MITC) on Dec 6.

State Police chief Mat Kasim Karim said the men, aged between 19 and 30, were picked up in stages from Dec 6 until yesterday.

He said the case is being investigated under Section 148 of the Penal Code.

"The six men are among 14 individuals identified so far to assist in the investigations into the brawl involving two groups from the same party and all of them have been released on bail after their statements were recorded.

"We initially detained two men who were members of the party from Kuala Lumpur and Klang and then another one from Banting. Three more party members were detained as a result of our intelligence," he told a press conference in Malacca today.

Mat Kasim said eight more individuals, who had been identified and their photographs had been distributed before, were urged to come forward to the Malacca Police Contingent headquarters to have their statements recorded.

He said 15 witnesses including members of the party have been asked to give statements to the police on the incident and five reports had been received so far.