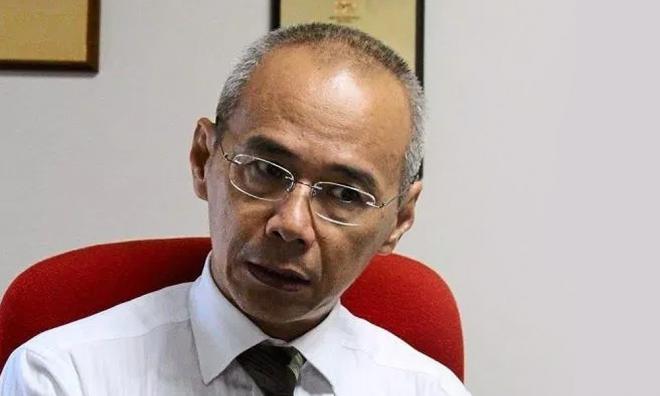 In what appears to be an escalating row within the MTUC ranks, MTUC Sarawak secretary Andrew Lo has hit out at its president and secretary-general following a meeting with the Dewan Negara over proposed amendments to the Industrial Relations Act 1967.

"MTUC Sarawak is very disturbed that the President Abdul Halim Mansor and Secretary-General J Solomon are imposing their personal views and rants on the MTUC and workers," said Lo (photo) in a statement today.

"Their views are self-serving and a gross misrepresentation of MTUC’s views. Smart union leaders should focus on how to organise the 98 percent of non-unionised workers instead of clinging on to a dysfunctional and self-defeating system."

This comes after the MTUC leadership met with members of the National Senate Council on Monday in an effort to persuade the Dewan Negara to vote against the Labour Laws Reform Bill, which it claims will kill trade unionism in the country.

They submitted a detailed report on some of the proposed changes and called for the bill to be resubmitted to the National Labour Advisory Council (NLAC) for a review before being tabled again at the next sitting of Parliament.

On Nov 3, Solomon had attacked Human Resources Minister M Kulasegaran over the amendments to the Industrial Relations Act 1967, that among others, will allow multiple unions at the workplace, which he said would "create discord and divide the labour movement as well as weaken the bargaining power of workers and unions."

Lo offered a contrary view saying the MTUC Sarawak fully supports the IRA amendments because it contains many improvements to workers and will pave the way towards ratification of the International Labour Organisation Convention 87 which covers the freedom of association and right to organise.

"Among the many other benefits in the bill is a direct appeal to the High Court to make it easier and cheaper for workers to challenge the Industrial Court's decisions, no compensation limit for union-busting cases to union members and the removal of ministerial power to allow automatic reference to the Industrial Court," said Lo.

Lo, who is also Sarawak Bank Employees Union chief executive, added that under the amendments, employers would have to pay increased penalties and interests if they do not comply with court awards.

He highlighted that the Uni Malaysia Labour Centre, which represents 104 unions and the Labour Reform Coalition comprising of 54 unions and NGOs also supports the amendments.

He also made a serious claim that the MTUC has not fully convened a full General Council meeting ever since the elections of officials in 2016.

"The General Council is the supreme authority of MTUC and comprises of
all affiliates Unions and Divisions of MTUC and must meet at least once in six months.

As such the views and actions of Halim and Solomon cannot be the view of MTUC as they are not consistent with the resolutions adopted by the Triennial Delegates Conference, the highest policy decision making body of MTUC," claimed Lo.

"We are very disturbed at the attempts to usurp the will of Dewan Rakyat by making misrepresentations to the Dewan Negara," he added.

"The MTUC Sarawak participated in each and every NLAC meeting as well as all the relevant technical committee meetings over the last 11 months. I can confirm that substantive and detailed consultations on every amended clause had indeed taken place, even though Solomon and Halim may not be present at all times," said Lo.