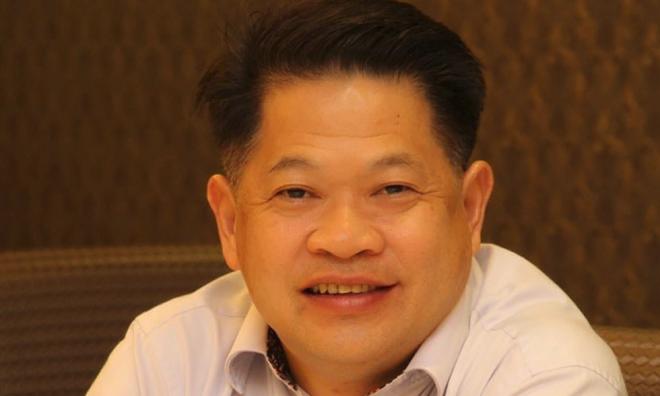 The Federal Court nine-member bench today reserved its decision to a date to be fixed later in the appeals by Sarawak state legislative assembly and two others over the disqualification of Pujut assemblyperson, Ting Tiong Choon due to his alleged dual citizenship.

Chief Justice Tengku Maimun Tuan Mat who chaired the bench deferred the court's decision to a date to be fixed after the court heard submissions from parties in the appeal.

Earlier, lawyer Cecil Abraham representing the speaker argued that Ting (photo, above) cannot continue to sit in the state assembly even though he had renounced his Australian citizenship.

He said Ting's act of renouncing his Australian citizenship did not have the legal result in him being qualified to run as a candidate at an election.

Abraham said Ting's acquisition of Australian citizenship and subsequent renouncing it were not a redeemable act.

"If one is already disqualified, what is there left to be disqualified?” said Abraham, in quoting the judgment by the then Court of Appeal judge Abang Iskandar Abang Hashim (now Federal Court judge).

Article 17 (1) (g) of the Sarawak Constitution stipulates that a person is disqualified for being elected as an elected member of the state legislative assembly if he has voluntarily acquired citizenship or exercise right of citizenship in any country outside the Federation or has made a declaration of allegiance to any country outside the Federation.

Sarawak state Attorney-General Talat Mahmood Abdul Rashid appearing for the state assembly submitted that at the time the motion to disqualify Ting arose, the decision was made during the assembly sitting and hence it was non-justiciable.

Ting's counsel, Chong Siew Chiang, submitted that there was no continuity of the disqualification factor if a person has renounced his foreign citizenship.

He said the decision of the state assembly was justiciable and the court has the power to intervene.

“The speaker and the state assembly had acted and stepped without and beyond their power. In which case, the court has the power to intervene,” he said.

Ting was disqualified as a state assemblyman on May 12, 2017, following a motion tabled by the Sarawak Minister for International Trade and E-Commerce and Wong Soon Koh for allegedly having dual Australian and Malaysian citizenship.

He then filed an originating summons at the Kuching High Court on June 7, 2017, to challenge the state legislative assembly decision.

On June 17, 2017, the High Court ruled that it was unlawful for the state legislative assembly to disqualify Ting as Pujut assemblyman.

On July 13, 2018, the Court of Appeal ruled that the state legislative assembly had exceeded its power in denouncing Ting’s membership as an assemblyperson on the basis of his dual citizenship, which Ting had given up before being nominated as a candidate for Pujut. - Bernama