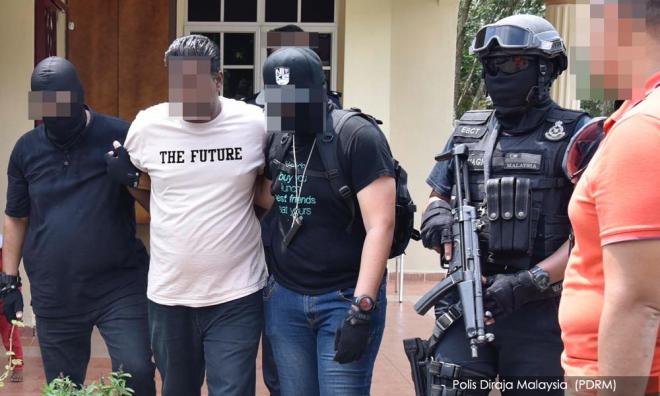 The Sessions Court here today allowed the cases of two men who have been charged with supporting terrorist group, the Liberation Tigers of Tamil Eelam (LLTE), to be transferred to the Kuala Lumpur High Court.

Judge Rohaida Ishak made the decision after deputy public prosecutor Rohaiza Abd Rahman informed the court that approval had been received from the Attorney-General’s chambers to have the cases of technician S. Arivainthan, 27, and taxi driver V. Balamurugan, 37, transferred.

Rohaida also ruled that the bail applications of both men could be made in the High Court, and accordingly cancelled the same applications made to the Sessions Court.

Today's proceedings follow the transfer of cases of four other men including Seremban Jaya assemblyperson P Gunasekaran, charged with involvement in the LLTE, from the Sessions Court in Kuala Lumpur to the High Court yesterday, as reported by Bernama.

Following today's proceedings, the court allowed Arivainthan and Balamurugan to meet with family members as they had had very limited access to do so, since their remand on Oct 10.

On Oct 29, both men were charged in the Sessions Court here with supporting the LTTE at a function held at the Kuala Kangsar Municipal Council hall (Sungai Siput Utara branch) between 6.30 pm and 11.45 pm on Dec 28, 2014.

Balamurugan faces two other charges, comprising possession of items with elements of terrorist acts or related to the LTTE, in a mobile phone at the Sungai Siput Utara taxi station at about 9.40 am on Oct 10 this year.

He was also charged with possessing and displaying items with elements of terrorist acts or related to the LTTE, at premises located at No.52 Taman Bukit Medan in Sungai Siput Utara, at about 9.50 am on the same date. - Bernama