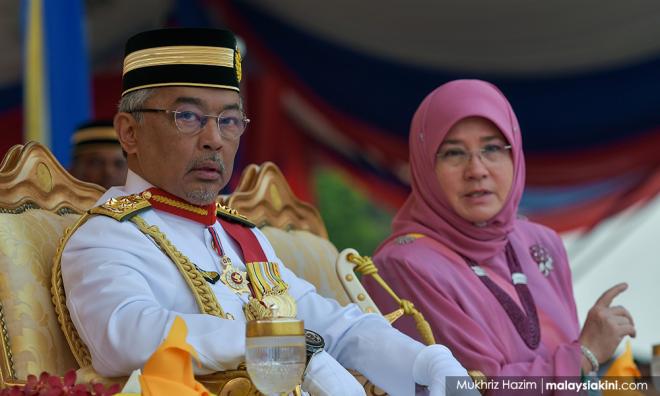 Their Majesties were greeted upon arrival by a royal salute and received by the Earl of Wessex, Prince Edward.

Earlier, Al-Sultan Abdullah visited Westminster Abbey, which is one of the United Kingdom's most notable houses of worship and the traditional place of coronation and burial site for the English monarchs.

His Majesty also laid a wreath at the grave of the Unknown Warrior, an unidentified British soldier killed in a European battlefield during World War I and his body brought to the church in 1920 from a battlefield cemetery in northern France and given a state funeral.

Al-Sultan Abdullah and Tunku Azizah are in the United Kingdom on a special visit till Dec 16.

This special visit is Al-Sultan Abdullah’s fourth after the United Arab Emirates, Saudi Arabia and Japan in June, July and October respectively, since being sworn in as the 16th Yang di-Pertuan Agong in January.