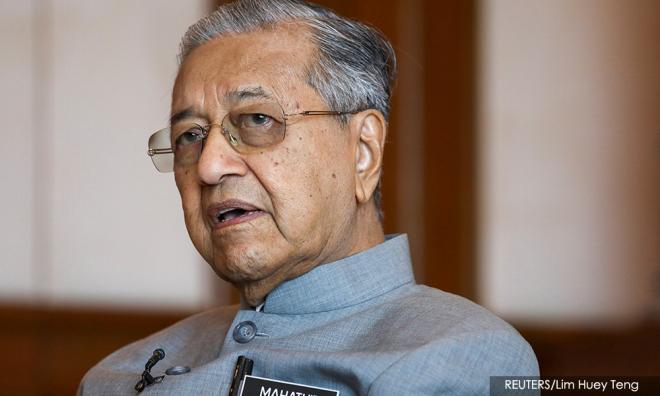 The Emir of Qatar, Sheikh Tamim bin Hamad Al Thani, has praised Malaysia over the organising of the Kuala Lumpur Summit 2019.

Prime Minister Dr Mahathir Mohamad said the emir told him this during their four-eyed meeting at the Amiri Diwan in Doha yesterday.

The Amiri Diwan is the seat of rule of the State of Qatar. It is the sovereign body and administrative office of the Emir of Qatar.

“In the meeting with the Emir of Qatar, most of the discussions were devoted to the Kuala Lumpur Summit. I think the Emir will be coming (to the summit) and gave many ideas, which reflect the way he administers Qatar, with special focus on education,” Mahathir told the Malaysian media after attending a dinner with the Malaysian diaspora in the Qatar capital yesterday.

The summit, mooted by Malaysia, Pakistan and Turkey, which will be held at the Kuala Lumpur Convention Centre from Dec 18 to 21, will among others delve into seeking new solutions for problems affecting the Islamic world and contribute towards improving the situation for Muslims and Muslim countries.

It is also aimed at forging a network among Muslim leaders, intellectuals, scholars and thinkers in the world to revive the Islamic civilisation.

Mahathir is the chairperson of Kuala Lumpur Summit 2019.

The Emir of Qatar (above), Turkish President Recep Tayyip Erdogan; Prime Minister of Pakistan Imran Khan and Iranian President Hassan Rouhani are among the notable Islamic leaders expected to join the summit.

Asked on the round-table with Qatari captains of industry, which was also held yesterday, Mahathir, who is on a four-day official visit to the country starting Wednesday, said leading industry players of Qatar are interested in investing in Malaysia.

“They also want Malaysians to invest in their country and to forge partnerships with them,” he said.

Elaborating further, Mahathir said that he was also attracted by the way Qatar overcame the problem of economic sanctions by several countries since 2017, among them by venturing into cattle farming to produce milk even though the country does not have much grazing land.

He said the administration of Qatar also gave priority to the education of the people, among others by inviting world-leading universities to open branches in the country.

“This is one effort which will make Qataris more educated than most other Islamic countries. At the same time, they also use English as a medium to teach religion and several other fields,” he added.