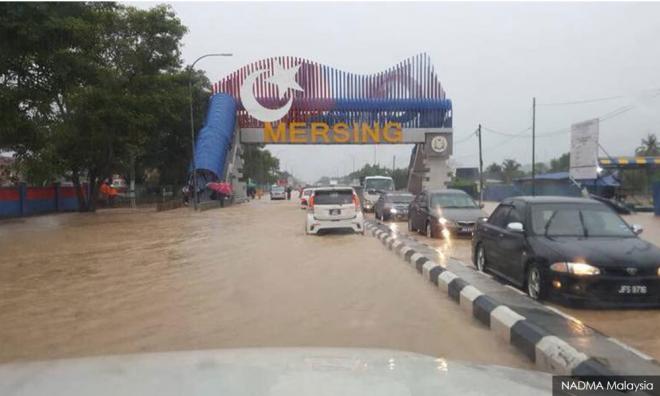 A total of 171 people from 45 families in Mersing and Kota Tinggi in Johor were forced to move to temporary relief centres after their homes were hit by floods following heavy rainfall.

In Kota Tinggi, residents of Kampung Bukit and Kampung Tengah were affected, he said in a statement today.

Tan said four temporary relief shelters were opened in Mersing, where 148 victims from 39 families are housed there while in Kota Tinggi, a relief centre was opened for 23 victims from six families.

He added that relevant authorities were monitoring development in the two districts very closely.

The Malaysian Meteorological Department has upgraded its weather warning alert for Mersing and Kota Tinggi from yellow to red (danger level), with continuous heavy rainfall now expected in both districts until tomorrow (Dec 15).

The department, in a statement, also said an orange-level severe weather warning has been issued in seven areas in Johor - Segamat, Muar, Batu Pahat, Kluang, Pontian, Kulai, Johor Bahru and Rompin in Pahang.

A yellow or alert level weather warning effective tomorrow has also been issued for Pekan, Pahang and Tangkak, Johor.

During this period, strong winds up to between 40 and 50 kilometres per hour are also forecast over the coastal areas of Kelantan, Terengganu, Pahang, East Johor and Sarawak with waves reaching 3.5 metres in height.

This can cause the sea water to overflow into estuaries and coastal areas, the department said. - Bernama