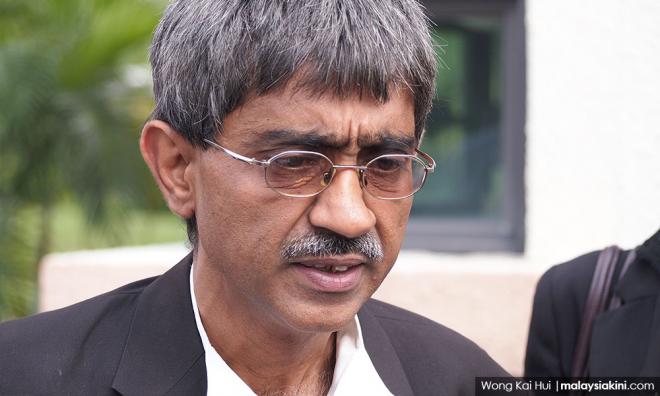 "My client has confirmed with me yesterday that in order to assist the police in carrying out a fair, thorough and just investigation on his police report on Dec 7, he (Yusoff) is willing and ready to carry out a polygraph test at any time, date and venue to be decided by the police," said Haniff (photo) in a statement.

He was responding to Free Malaysia Today report on Friday quoting police sources who indicated that a polygraph test is among the options being considered as investigators zero in on details surrounding allegations made by Yusoff against Anwar.

The source also reportedly said that investigation methods this time "appeared to be different" from previous sexual misconduct cases involving the PKR leader, including the Sodomy 2 case where he was accused of sodomising Mohd Saiful Bukhari Azlan.

Haniff further said that Yusoff was aware that the admissibility of the result of any such polygraph test is solely for a court of law to determine.

"Yet he is willing to cooperate fullest with the police to assist them to conclude their investigations justly and conclusively," said Haniff.

"Yusoff is also fully aware that similar to other forensic tests, there are no specific provisions of laws which provide for the conduct of polygraph test in criminal investigations.

"But he believes the availability of such technology within our jurisdiction should be put to use in this investigation to support his allegation," said Haniff.

"In conclusion, Yusoff looks forward to a favourable response by the police to this request," he added.

In a statutory declaration dated Nov 19, Yusoff alleged that the incident happened at the Port Dickson MP's residence in Segambut on Oct 2, 2018.

He alleged that the purported incident took place on the fourth day of the Port Dickson by-election campaign. Anwar was then the Pakatan Harapan candidate and eventual winner of the by-election.

Anwar has subsequently denied the allegations.