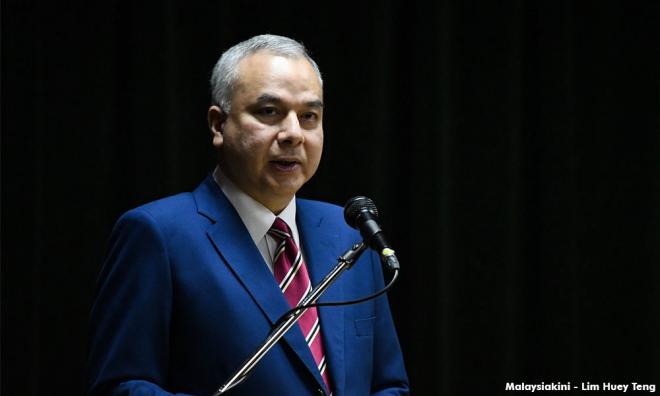 Forests and trees, which have played a vital role in containing climate change and global warming, apart from providing protection to water sources, reducing soil erosion and preventing floods, are no longer prioritised.

Instead, Sultan Nazrin (above) said, they are viewed as sources of timber which can be sold for profit and this has led to rampant illegal logging spurred by greed.

"Without trees and forests, all the benefits of nature are lost, plant and animal species decrease, natural habitats are destroyed, the food chain is broken and human life is threatened," Sultan Nazrin said, adding that the integral function of trees is manifested in the teachings of Prophet Muhammad.

On the topic of river pollution, the Perak ruler said that according to data from the Department of Environment, Malaysia had lost 102 rivers over a 10-year-period, leaving it with 477.

Sultan Nazrin also shared his personal experience of travelling along Sungai Perak from Pasir Salak to Teluk Intan for his installation as the 35th Sultan of Perak in 2015, and recalled that during the 65km journey, his son Raja Azlan Muzaffar Shah, who was seven at the time, had taken to counting plastic bottles floating on the water - at the end of the journey, he had spotted 700 such bottles.

In connection to this, Sultan Nazrin urged all parties to do their part in protecting and preserving the environment, and not to assume that it is only the government's responsibility to do so.

He also expressed his appreciation for the efforts of the two academicians, who in their book focused on the religious dimension in helping to instil awareness among Muslims to be more considerate and proactive towards the environment and its preservation.