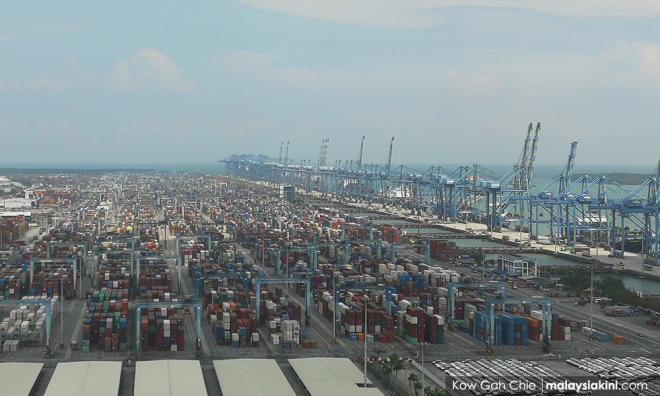 The Port Klang Authority (PKA) says it plans to embark on two projects to increase Port Klang’s capacity in stages to meet the growing demand.

PKA general manager K Subramaniam said Port Klang has reached 70 per cent of its capacity and needs to expand its capacity in order to maintain its 12th spot in the World Container League this year.

“According to our statistics, by the end of this year, this is expected to reach 13.5 million TEUs, so we see the need for port capacity expansion projects, including one at Carey Island and one at Westport,” he said at a media conference with PKA chairman Ean Yong Hian Wah today.

Subramaniam said for the Westport project, the terminal design is awaiting government approval before construction is expected to begin in 2021.

The project will be in stages and is expected to be completed within 25 years, he said.

For the Carey Island project, a port effectiveness study has been going on since August and will take 18 months to complete, he said.

“It is a long-term project and our aim is to develop Westport first,” he said. - Bernama