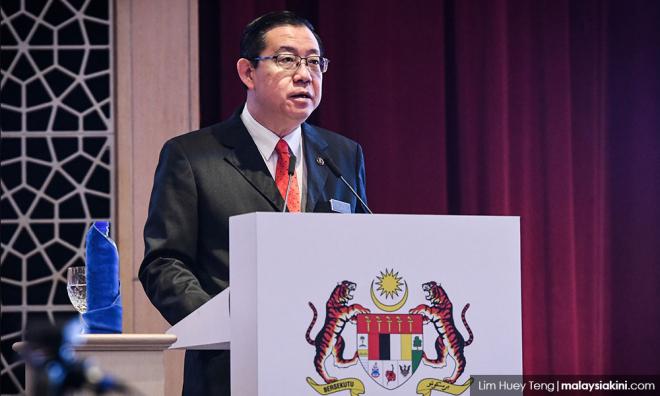 Final preparations are underway for the implementation of the e-Tunai Rakyat initiative, which will be launched in January.

Finance Minister Lim Guan Eng (above) said the RM450 million digital stimulus, which was announced under the 2020 Budget, aims to encourage consumers as well as local merchants, particularly those engaged in small enterprises and retail businesses, to adopt e-wallet and digital payment methods.

He said his ministry had appointed Khazanah Nasional Bhd to facilitate and coordinate the implementation of the initiative with the cooperation of various parties, including the National Registration Department (NRD) and Inland Revenue Board (IRB).

Khazanah, he noted, was making a comprehensive effort to ensure that the e-Tunai Rakyat initiative could be realised within the time frame, with all the safety features in place.

"The implementation includes developing the necessary mechanisms, processes and procedures,” Lim said in a statement today.

He said Khazanah was also responsible for selecting e-wallet service providers with a substantial number of active users and a wide network of merchants to collectively provide a platform to implement the initiative.

According to Lim, Malaysian citizens aged 18 years and above with an annual income of less than RM100,000 are eligible to receive the e-credit worth RM30 each to be spent on goods and services through participating e-wallet service providers.

"Aside from that, the selected e-wallet service providers also plan to offer additional incentives over the two-month implementation period to attract users," he said.

He said Khazanah and participating e-wallet service providers will announce the details on how to apply for the e-credit and the terms and conditions of its use soon.

Lim said e-Tunai Rakyat is in line with the Shared Prosperity Vision agenda, which aims to ease access to digital technology and make digitalisation an all-inclusive process.

"We are confident that this e-Tunai Rakyat initiative will greatly benefit Malaysian consumers and merchants and accelerate the country’s transformation to become a digitally advanced society and economy," he said.

Lim added that service providers may, based on the terms and conditions, offer to top-up the RM30 accorded to each user.