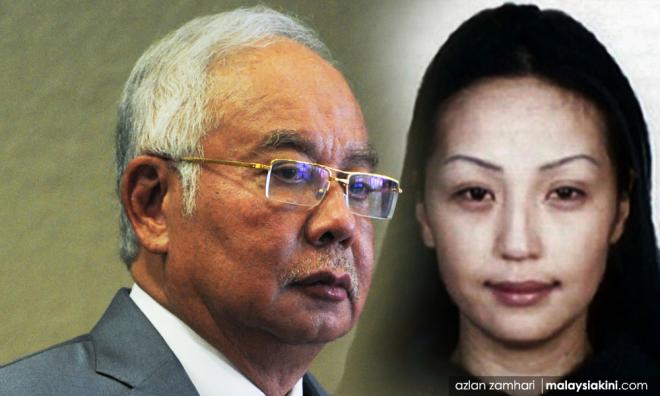 Altantuya's murder: Najib is ready to be probed

Former prime minister Najib Abdul Razak is ready to face police investigation with regard to the accusations against him over Mongolian national Altantuya Shaariibuu's murder.

"It is indeed the police's responsibility to investigate any police report that they receive.

"I myself had last year instructed my officer to lodge a police report against me over the Altantuya case (so that police can investigate).

"Even though the police have said that they are awaiting instructions from the Attorney-General's Chambers, I welcome the investigation and hope that it will be done transparently and fairly without any political interest," he said in a statement on Facebook.

He was Najib's bodyguard at the time.

Altantuya was murdered in October 2006 and her remains blown up with military-grade explosives.

Azilah and his UTK colleague Sirul Azhar Umar were found guilty and sentenced to death in April 2009.

The Court of Appeal overturned their conviction in August 2013 but the guilty verdict was reinstated by the Federal Court in January 2015.

However, prior to the Federal Court reversing the Court of Appeal's decision, Sirul had fled to Australia and is now in an immigration detention centre there.

He cannot be deported due to Australia's stance against the death penalty.

With the SD, Azilah is now applying to the Federal Court for a review of the court's decision which found him guilty of murder.

Najib is standing trial for corruption over the alleged misappropriation of the state-owned company's funds.

Police may summon Najib for alleged involvement in Altantuya's murder
23 Dec 2019
Azilah not the first to speak out after Najib ousted, says ex-associate
20 Dec 2019
I did not order killing, may Allah curse me if I am lying – Najib's oath
20 Dec 2019
Najib responds to 'cover-up' posers on Altantuya murder
19 Dec 2019