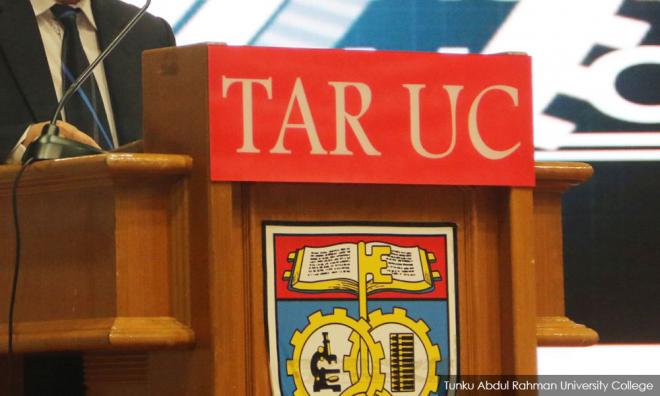 Delta Prime (M) Sdn Bhd, the MCA-owned firm in charge of managing student hostels at Tunku Abdul Rahman's University College main campus in Kuala Lumpur, has slammed what it describes as "irresponsible" claims against the company.

This was in response to TAR UC Association of New Youth's statement yesterday questioning the lack of upgrades at the hostels despite Delta Prime making RM1.006 million in profits according to its 2018 financial filing.

It had called for the agreement between TAR UC and Delta Prime to be revealed to determine whether the company was not merely raking in profits. DAP's Keranji assemblyperson Chong Zhemin had also made similar criticisms.

Delta Prime, in a statement today, said TAR UC had sought to provide affordable accommodation to students who did not have transportation in 1997.

To this end, TAR UC commissioned a developer to construct hostels under the build, operate and transfer (BOT) model.

It said the developer was to build the RM15.75 million hostels and in exchange will be allowed to manage and collect rental for 30 years.

"However, the Asian financial crisis happened unexpectedly after the agreement was inked and the developer ran into financial trouble.

"At that time, TAR UC had no financial ability to take over the development of the hostels," Delta Prime said.

It is at this stage that MCA stepped in to finance the construction of the hostels.

"The hostel project was completed and today, TAR UC students can enjoy hostel accommodation at an affordable rental," it added.

Delta Prime said it is prepared to provide more information but will do so after Christmas as many staff are on holiday break.

It said this is to refute any malicious claims. It also urged all parties not to spread untruths that could defame the company.

"The intriguing part is that both the TAR UC Association of New Youth and the DAP state assemblyman have simultaneously pointed their fingers at TARC Education Foundation.

"This is very strange and the intention of such a move is highly questionable," it said.

The latest argument came amid a tussle between the government and TAR UC, which is also MCA-owned, over funding.

The government had previously allocated RM5.5 million to TAR UC, but this was stopped on the grounds that the government should not fund a politically-owned institution.

However, Finance Minister Lim Guan Eng agreed to give an increased allocation of RM40 million, but through a trust not controlled by the MCA, for the benefit of TAR UC students.

The MCA had said it would snub the allocation, questioning its legality.