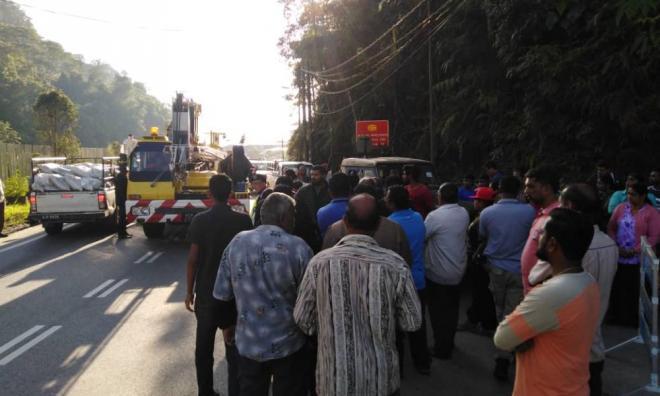 ADUN SPEAKS | With regards to the enforcement operation at Sungai Ichat, the Pahang state government had been issuing statements that do not reflect the truth and misled the public.

It proved that Ramli and Khusairi have rather limited knowledge and understanding about farmers in the constituency but blindly referred to the state government’s statements to defame the farmers to evade all responsibility.

The state government initially claimed that the temporary occupation licenses (TOLs) of farmers in the area had expired in 2009 while the eviction notice was also issued, hence enough time for the farmers to leave the area. However, after further investigation was conducted, we realised that many relevant farmers were allowed to renew their TOLs until 2017.

After that, the state government claimed that the earliest TOL was issued in 1993 to refute farmers’ claim that they have been farming for 40 to 50 years. Nevertheless, we once again found out that in 1969-1971 or about 50 years ago, many farmers had received TOLs.

Farmers at Sungai Ichat have obtained TOLs for years, therefore the state government and Ramli should not resort to misleading the public and defaming the farmers based on lies.

The farms at Sungai Ichat have existed for 50 years. The state government’s inconsistent claims proved that it only intended to adopt the simplest yet harshest way to deal with the issue.

By defaming them as illegal encroachers so that they do not receive public sympathy, the state government can swiftly take action against the 60 farms which are the blood, sweat, and tears of the farmers.

Currently, Sungai Terla is the river that supplies 70 percent water supply of Cameron Highlands, yet the state government only plans to retrieve Sungai Ichat to be the water source.

Furthermore, there is also an illegal settlement and some farms polluting the upstream of Sungai Terla. When the state government did not deal with the more polluted Sungai Terla but took action against the farmers at Sungai Ichat, such an action which resembles "selective enforcement" can hardly convince the relevant farmers as well as other farmers in Cameron Highlands.

This enforcement action involves 60 farming families whereby most of which have been farming for 40 to 50 years. Therefore, apart from the environmental aspect, it is also a social and economic problem.

Although the state government is responsible for ensuring the safety of water catchment area, it should also deal with the problem in a humane way by considering the livelihood of hundreds of farmers and giving them a way out.

The state government must also be aware of the ensuing social and economic problems after evicting the farmers to prevent a situation where both the government and citizens are negatively affected.