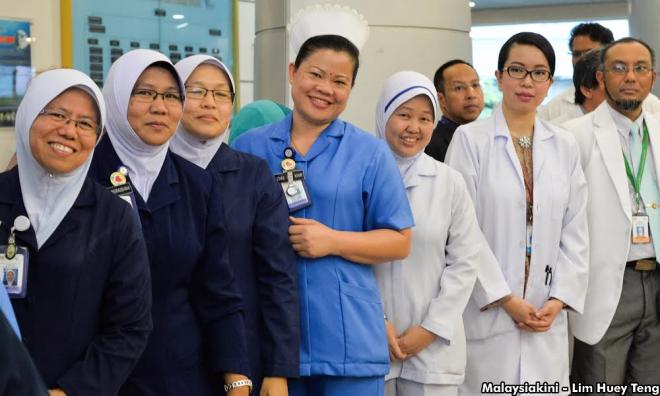 The allowance was introduced in 1992 for jobs that were difficult to fill and had low recruitment.

However, the PSD said this is no longer the case for the jobs affected, as applications for the "critical" public service positions far outmatched the number of openings.

For example, 224,902 people applied to become government research officers, despite there being only 218 postings available.

There were also 10,884 applicants to fill 222 public nurse vacancies.

It reiterated that the decision, which only affects new hires starting from January, was made by a cabinet committee on civil service. It was reported that this committee was chaired by Prime Minister Dr Mahathir Mohamad.

"This was informed in a cabinet meeting," the PSD added.

News of the allowance cut appears to have caught Health Minister Dzulkefly Ahmad, as well as Youth and Sports Minister Syed Saddiq Syed Abdul Rahman, by surprise, with the latter saying he disagreed with it.

Meanwhile, the PSD said despite ending the critical service allowance for new hires, there are still many pay incentives for professionals in the government, especially those working in the health sector.

This includes "expert incentives" for dental and medical experts, ranging from RM1,600 to RM3,100 per month, and an RM600 monthly allowance for medical graduates serving as housemen.