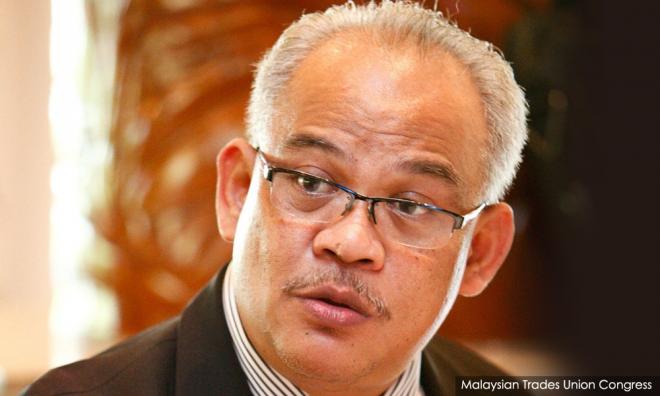 The continuous suspension of Malaysian Trades Union Congress (MTUC) by the Registrar of Society (ROS) will further impact the workers who were awarded more than RM1 million in total compensations by the Industrial Court.

MTUC president Abdul Halim Mansor (above) said in cases, where the workers represented by their trade unions won their suits against their employers in court, the compensation awarded would first be channelled to the bank account of MTUC and then disbursed to the workers.

However, Abdul Halim told a press conference yesterday, more than RM1 million in compensation payments was stuck in MTUC and could not be issued to the workers as its financial secretary stepped down and has been missing in action since Nov 9...