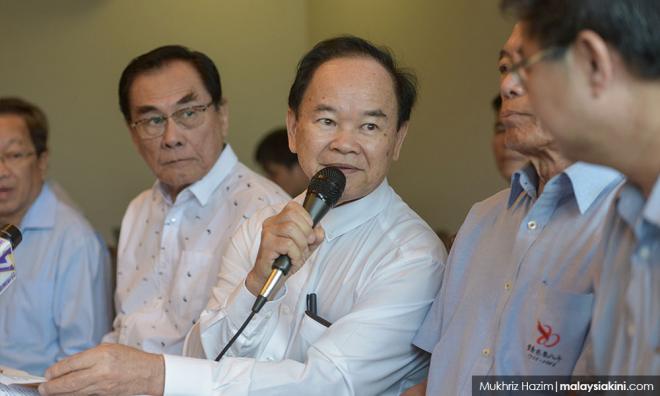 Seventeen Chinese NGOs led by Dong Zong and Jiao Zong (Dong Jiao Zong) are adamant that the government should cancel the teaching of Jawi script in Bahasa Malaysia Year Four textbooks in vernacular schools next year.

"We urge the government to listen to the voices on the ground, by cancelling (its plan) to include Jawi script in the Bahasa Malaysia Year Four textbooks," said Dong Zong president Tan Tai Kim (photo) after a two-hour meeting between the groups at a restaurant in Kajang, three kilometres away from New Era University College.