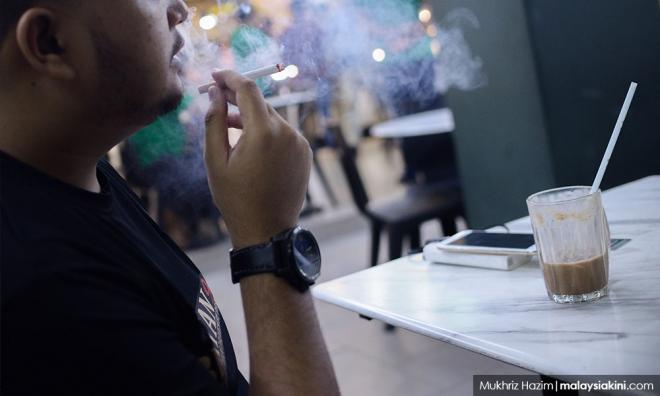 Eatery owners and operators are ready for the Jan 1 smoking ban implementation with no-smoking notices having been put up at their respective premises, although they have got two more days to do so before the ban comes into force.

A survey conducted by Bernama over the past three days at several popular eateries found a high level of compliance by the operators.

A worker at a nasi kandar restaurant in Ampang, Abdul Kareem Ismail, 32, said the smoking ban signages at the premises had been put up for some time.

“In this restaurant, the no-smoking notices and signages have been around for quite some time, but customers ignored them. Recently, we put up more and bigger signages, hopefully, this time they will heed it (ban)," he said.

“I hope smokers will sit at the tables outside the restaurant when they come here," he added.

A vendor at a food court in Cheras, Rahman Iskandar, 25, said he noticed some behavioural changes in his customers over the past few months following the smoking ban campaign.

“I think more people are aware of the rules because regular customers have started to smoke outside the eateries area or in the parking area. Some customers, especially those with young children, are even bold enough to tell off those who smoke in the food court,” he said.

“We have installed many no-smoking signages in the city, with the big ones at several locations, including on the large screen at Dataran Merdeka and Bukit Bintang," he said.

“To date, about 3,000 notices and posters have been issued by City Hall’s Health and Environment Department and the Department of Environment at open food premises in the city since January this year,” added Nor Hisham.

He said 200 enforcement officers will be mobilised to carry out inspections at food premises in the city to ensure compliance.

Beginning Jan 1, the ban on smoking in open-air premises under Regulation 11(1)(d) of the Tobacco Control Regulations 2004 will be enforced with action to be taken against errant smokers. — Bernama

governance
smoking ban
city hall
nor hisham ahmad dahlan
Related Reports
Banning smoking in eateries is not at all new
a year ago
Smoking ban to be enforced in eateries on Jan 1 - Lee Boon Chye
a year ago
1,763 smoking warnings issues at Malacca eateries since January
a year ago
Harm reduction is better than a ban
a year ago