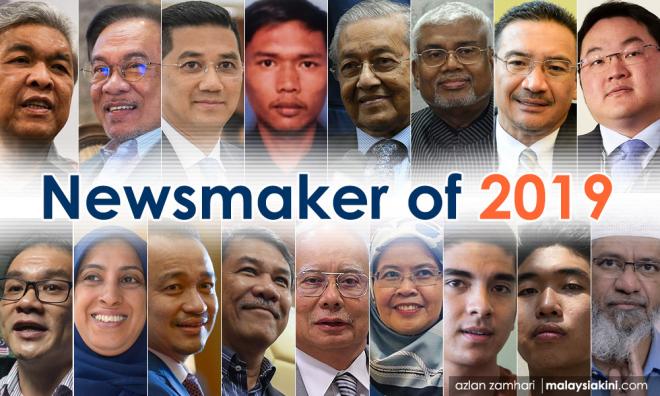 POLL | Over the past 19 years, Malaysiakini has, without fail, named a top newsmaker as we bring the curtain down on the year.

A newsmaker is defined as “someone whose actions make news headlines, who effects the course of public discourse and creates an impact in Malaysian politics, for better or worse.”

Malaysiakini has nominated 17 candidates for the Newsmaker of 2019 award.

A total of 2,167 respondents participated in the seven-day poll. They voted by indicating their preference for each of the nominees – 0 being the lowest and 10 the highest.

And here’s their verdict…