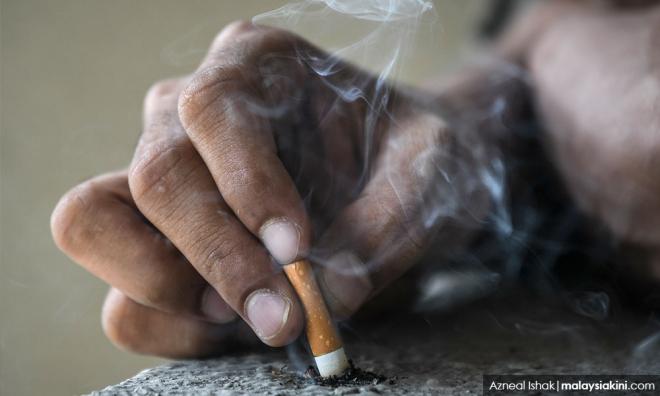 A smokers group challenging the government's smoking ban at eateries is appealing to Health Minister Dzulkefly Ahmad to postpone the enforcement next year until the legal matter is resolved at the Court of Appeal.

Persatuan Kesedaran Perokok chairperson Mohd Hanizam Yunus said his group is appealing the High Court decision, which rejected their attempt for a judicial review of the ban, at the Court of Appeal, with the case management due on Jan 17.

Mohd Hanizam said he has instructed lawyer Haniff Khatri Abdulla to write to Dzulkefly and ask that he exercises his discretion in postponing the enforcement action.

"This is for the process at the Court of Appeal to be resolved and to avoid prejudice," he said in a statement.

Mohd Hanizam said the letter was sent to Dzulkefly on Dec 24 but the group has yet to receive a response.

"We will be happy if the health minister can issue a positive statement that is fair and just towards our request, before Jan 1," he said.

The smoking ban at eateries came into force this year.

Dzulkefly had said the authorities will adopt a "soft" approach for a start.

Instead of issuing fines, enforcers will instead "advice" offenders.

However, the full enforcement of the ban will commence from the new year.