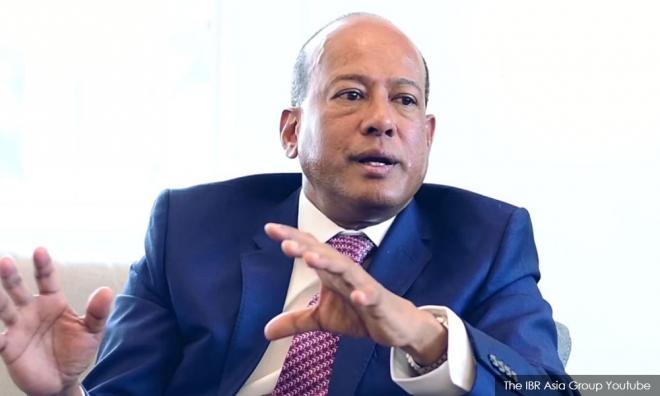 The High Court here today ruled that former director of Asian International Arbitration Centre (AIAC) N Sundra Rajoo was entitled for immunity from any civil and criminal proceedings while holding the post.

Judge Mariana Yahya, in her judgment, said the public prosecutor’s decision to charge Sundra Rajoo is subjected to judicial review.

"The criminal action taken against the applicant (Sundra Rajoo) by the respondent (public prosecutor) contravenes the International Organisation (Privileges and Immunities) Act 1992 (Act 485) and is therefore void and unlawful and should be quashed.

“Therefore the judicial review application sought by the applicant is allowed with no order as to costs.

Mariana said the attorney-general's discretionary power under Article 145 (3) of the Federal Constitution to institute, conduct or discontinue any proceedings for a criminal offence is subject to judicial review.

"The power of the AG is not absolute and subject to court's scrutiny," she said in allowing Sundra Rajoo’s judicial review application to challenge his entitlement for immunity from any charges.

Shanmuga told reporters that the defence would relay today’s decision to the Sessions Court during the case management on Jan 22.

On May 23, the Court of Appeal granted leave to Sundra Rajoo to commence the judicial review proceeding after allowing his appeal against the High Court’s decision on March 26 to dismiss his application for leave for judicial review.

The Court of Appeal held the unanimous view that it was a suitable case for the appellate court to review and ordered the case to be heard before another High Court judge.

On Nov 7, the High Court dismissed the application by the Foreign Ministry, AG, MACC and the government, named the respondents in the application, for a stay of the judicial review proceeding.

Sundra Rajoo, 63, who was the head of AIAC from 2010 until late last year, filed a leave for judicial review proceeding at the High Court Registrar's Office on March 4 this year, seeking a declaration that he has an immunity as a former high-ranking officer of AIAC for acts done within his official capacity.

He is also seeking an order of prohibition preventing the AG from laying any charge or bringing any proceedings in any court in Malaysia against him with regard to anything done by him in his capacity as director of AIAC, and more specifically with regard to any act or omission by him during his term of office as director of the centre in relation to property, funds or documents of the centre or otherwise howsoever in relation to the affairs of the centre.

He also sought an order of prohibition preventing the MACC from arresting, detaining, issuing any warrant or bringing any judicial proceedings whatsoever against him with regard to anything done by him in his capacity as director of AIAC. - Bernama