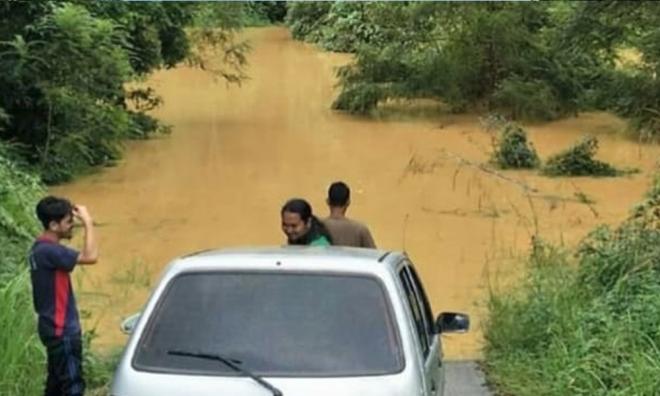 Over 5,000 Orang Asli people in this district will be cut off each time the access roads from their settlements to the town are damaged and muddy during the monsoon season.

As a result, settlers of the affected settlements in Pos Gob, Simpor, Belatim, Balar, Bihai and Pos Tohoi have been forced to wait for food relief from government agencies and non-governmental organisations (NGOs).

Pos Tohoi Orang Asli Village Development and Security Committee (JKKKOA) chairperson Zainal Cali said the situation has made it difficult for the villagers to travel to town for their necessities as well as send their children to school.

He said for the past three days the four-wheel-drive vehicles owned by the appointed contractor could not transport the Orang Asli children to school as the logging roads were too slippery and muddy posing a danger to drivers.

According to a settler at Pos Balar, Along, 42, prior to this the government had promised to upgrade all the roads but so far there are no signs of the project.

He said the people are worried about the safety of the students as they have to travel quite a distance to get to the school and the vehicles would often get stuck in the mud.