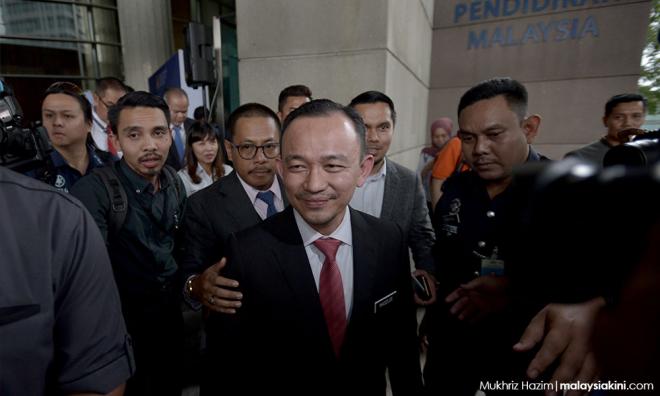 ADUN SPEAKS | I feel sorry for Maszlee Malik for having to resign as the minister of education.

His resignation takes effect today after helming the post for nearly one year and nine months.

I am not sure about his failings in his job nor do I want to speculate.

It would be unfair to blame Maszlee alone for underperformance as there are others at his level whose performances are not up to the mark.

I am not sure as to why he was appointed as the minister of education in the first place.

The unexpected victory in the last general election and the need to form government probably did not give the Pakatan Harapan coalition the luxury of time to choose the right candidate for the education minister post.

Moreover, given the nature of coalition politics, there were constraints in terms of getting candidates to represent the coalition partners.

In fact, Bersatu was constrained by the few numbers of parliamentary seats it won and the need to fill up important portfolios with competent candidates.

There was no right or wrong choice, ultimately it was left to the discretion of Prime Minister Dr Mahathir Mohamad to make the decision.

Maszlee, with his academic background, was chosen to be the appropriate candidate to helm the ministry of education with its two components, the schools and the higher education sector.

Why there was this merger into one entity continues to baffle me.

Whether Maszlee was the fall guy for the mistakes of the government as a whole remains unclear. I am also not sure whether more resignations might be taking place or even a major cabinet reshuffle.

We will have to wait and see.

Maszlee was a hardworking person, but whether he implemented the right measures remain in doubt.

The problem with Maszlee, however, is not that he did not have ideas. He had plenty of them but these were more concerned with micro or incremental changes in schools and to a limited extent, in public universities.

In fact, I would say that Maszlee was more preoccupied with schools rather than universities. But these were infrastructural in nature rather motivated by policy matters in terms of preparing our students to meet the global challenges of science and technology.

Apart from the lip service, at the level of propaganda, there were no concrete manifestations of a policy on science and technology.

Infrastructural changes were important especially after long years of neglect under the BN, but Maszlee lacked the concept to tie them together in a broad policy framework.

It is not that Maslee did not consider these challenges as important, but he lacked the vision and strategy to implement programmes based on policy considerations.

The working model that had bedevilled the policymakers for a long time was predicated on the notion that the government knows best. The inability to rope in the private sector based on the principle of public-private collaboration defied Maslee and others before him.

A huge ministry with limited funds could not tap the energy and resources of the private sector. In fact, the private sector had no role in bringing about changes to schools, especially in the revitalisation of science and technology.

It was not that the incremental changes were not important, it was just that these changes did not reflect the broader education strategy of preparing our students to face global challenges of science and technology.

Other than the propaganda booklet or report card, I have yet to come across broad policy statements on improving the educational system, the schools and how they feed into the universities.

Despite repeated failures in the past, the ministry of education has never learnt lessons in the art of governance, especially on how to conceive, discuss and implement collaborative efforts in the sphere of education.

Maszlee took great pride in the ministry of education’s report card called “Education for All”, but there is nothing really in this brief booklet apart from incremental changes here.

The booklet does not tell us much about public universities and how the government is trying to overcome lacuna of quality staff, courses and programmes tuned to meet the global challenges and not least, the sub-standard nature of research and development. Public universities should not be employment agencies but function to assist in the development efforts.

To be fair to Maszlee, he landed a job that was unenviable - it was too hot a seat. It was the most politicised job in comparison with other ministerial positions.