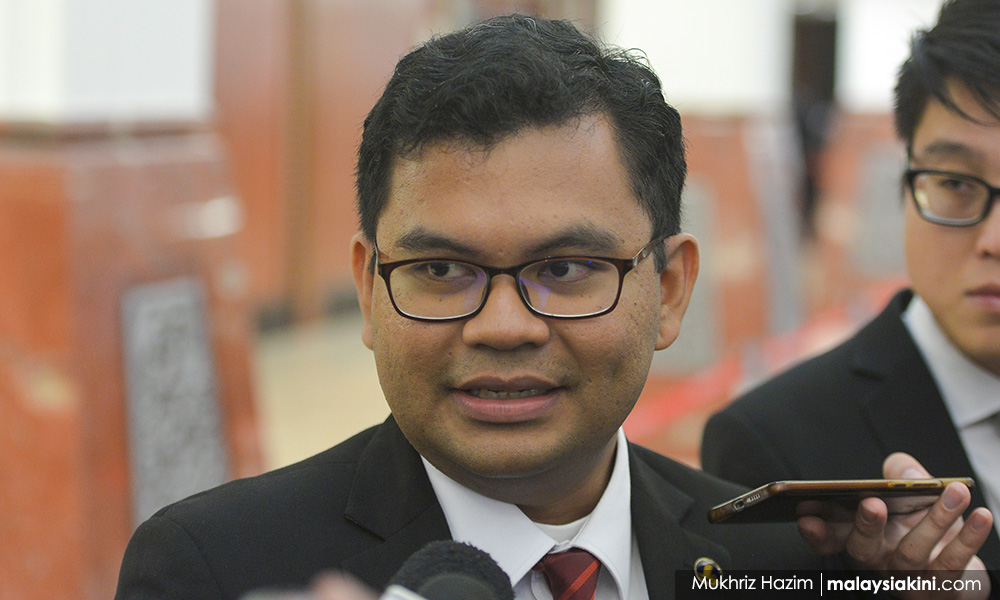 PKR Youth chief Akmal Nasir today insisted that the Pakatan Harapan secretariat should move to set a date in May this year to facilitate a handover for the prime minister's post.

In welcoming Harapan chief secretary Saifuddin Abdullah's call to focus on fulfilling the coalition's election manifesto, Akmal argued that it was equally important to set a date for the initial two-year transition plan.

"I believe that the setting of a date for the transition will reflect solid cooperation within Harapan and counter a perception of internal rifts, as often alleged by our opponents.

"Therefore, my suggestion is for the Harapan secretariat to ensure that the upcoming presidential council meeting will set a transition date (for the prime minister's post) in May 2020 to ensure continuity of Harapan's agenda," the Johor Bahru MP said in a statement.

In making the call, Akmal also cited the resignations of Maszlee Malik as education minister and Osman Sapian (as Johor menteri besar) - both from Bersatu - as examples of how Harapan had dealt with changes in its administration.

"These experiences showed how change can take place smoothly and harmoniously under Harapan's administration," he added.

Saifuddin, who is also a PKR central leadership council member, yesterday said Harapan should focus on fulfilling its manifesto rather than harp on the issue of transition between Prime Minister Dr Mahathir Mohamad and PKR president Anwar Ibrahim.

He also insisted there was never an agreed deadline for Anwar to be appointed as Mahathir's successor and therefore, the question of a date to be set in May should not arise.

Saifuddin was responding to former PKR Youth chief Nik Nazmi Nik Ahmad who was among those within the party to openly back Anwar's rise as the eighth prime minister.

The Setiawangsa MP had made a similar call for Harapan's leadership to appoint Anwar as prime minister by May this year, at the end of two years of Mahathir's return to power.

On Dec 10, Mahathir, who had repeatedly insisted that he would eventually hand over power to Anwar, said that the process will not likely happen before Malaysia hosts the Apec 2020 summit in November this year.

In his response to Akmal Nasir and Nik Nazmi's statements, Afif said the people are more concerned with bread-and-butter issues then on the transition.

"The people don't care at all in regards to a clear date for the power handover. This is based on a research done by KRA Group in November last year which showed that 70 percent of the people don't focus on the transition issue.

"This is because the people are more concerned with issues related to the cost of living, and 2020 is the perfect year for Harapan to fulfil the wishes of all Malaysians," he said in a statement today.

Afif, who is also the Seberang Jaya assemblyperson, also noted that the prime minister had repeatedly guaranteed to pass the baton to his successor, and he will do that once the country and politics in the country are stable.

"Stop playing politics. It does not benefit the people who have entrusted us to fulfil their hopes and aspirations," he said.

politics
succession plan
pkr youth
anwar ibrahim
prime minister
mahathir mohamad
akmal nasir
saifuddin abdullah
Related Reports
Oops! Mahathir did it again
a year ago
No dispute over Anwar as next PM but date not fixed – Saifuddin on 'May 2020'
a year ago
Nik Nazmi calls for clear commitment to May transition
a year ago
2020 is a good year for a handover, the sooner the better
a year ago