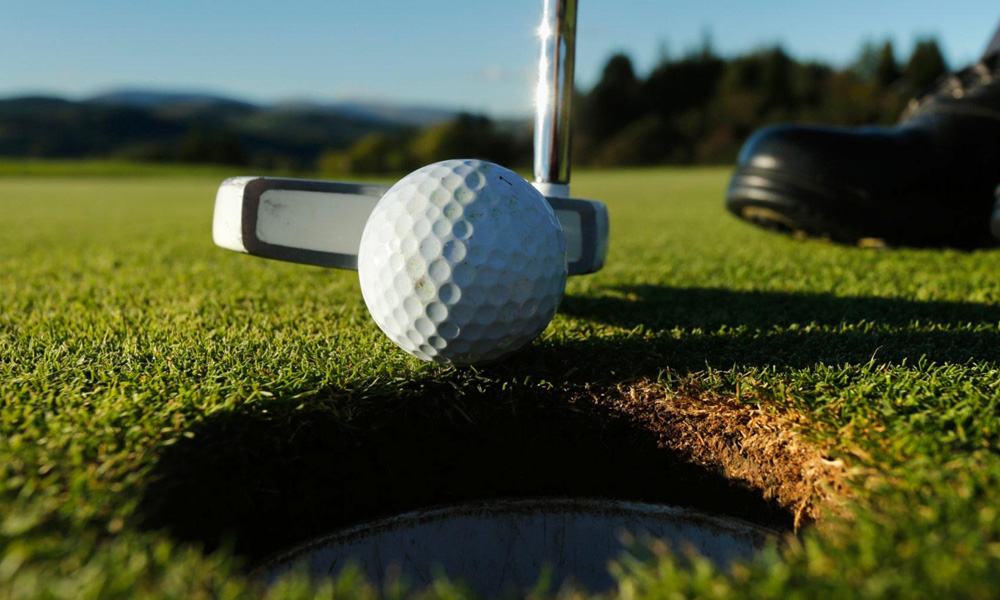 COMMENT | Golf. Mention of that game conjures images of the privileged elites - and an international billionaire celebrity named after a Malayan endangered species.

Where this story starts though is much further back when the average person had little knowledge nor any much interest in a quaint colonial tradition partaken of by the old money types among Malayans/Malaysians. A time when Kuala Lumpur’s only golf club was the august Royal Selangor Golf Club (RSGC, founded 1893)

Decades later, the government of Tunku Abdul Rahman decided that it was time for another golf course to serve a growing administrative elite that could not be accommodated at the RSGC. Thus was born the idea of Subang National Golf Club (KGNS) at Sungei Way - when Petaling Jaya had yet to make any inroads into “SS” (Sungei Way-Subang) territory. In that bygone era of “more proletarian” thinking, the very idea of the government making a golf course was an anathema, with many attacking Tunku for embarking upon this bourgeois pursuit. So much so that Parliament was coaxed into passing a Subang Golf Course Corporation Act to legitimise the undertaking, in the process turning some “excess acreage” into a housing scheme to help defray the costs.

Tunku teed-off for the first time in 1968 and with that golf for the masses had arrived. Well, maybe not quite the masses, but at least now every government officer “Senior Times Scale” and above had a good chance of enjoying the royal and ancient game alongside nouveau riche business and corporate types, the “latecomers” without hereditary access to RSGC. And so it was that when the 1980s rolled by, golf had become a rather common middle-class pastime with “weekday golfing” being popular among civil service officers who (back then) could clock out at 4:15pm.

Into this equation came the government’s compulsory acquisition of the 1,500 acre Bukit Kiara Estate from Ng Chin Siu & Sons Rubber Estates Ltd. It had been acquired ostensibly “for public purposes” under the Land Acquisition Act in 1976. After being dithered over for a few years, the first master plan came out in 1982 wherein 250 acres (one-sixth!) was earmarked for a golf course. Not the one that first comes to mind for most people (i.e. the privately owned KL Golf and Country Club (KLGCC) - a story for another day), but the “lower profile” Kelab Golf Perkhidmatan Awam (KGPA) which after some construction hiatus opened its fairways for play in 1991.

What were the merits of KGPA’s inclusion in that master plan? The centrepiece of that plan was a 900-acre National Botanical Gardens comprising an arboretum (planted/managed forest) and a park-like National (Heroes’) Mausoleum. The KGPA golf course made up the southern fringe of that green continuum and most crucially, it was conceptualised as a public golf course - not reserved for public servants but truly public and also catering to the newly emerging “golf tourism” trend. Only by such a narrative could that plan pass the morality test for utilising land acquired with taxpayers’ money.

As for the remainder 300 plus acres, this was well-utilised for public institutions and infrastructure and never called into question, eg. Intan, the Science Centre, Muslim burial grounds, a sewage treatment plant, etc.

Much has already been written already about how the Kiara master plan got corrupted and mutilated over time. Instead of delving into this complex and multi-faceted story, let's examine in detail the happenings of the past few years on Lot 481157, the KGPA land stretching from Taman Tun Dr Ismail almost to the Sprint Highway's Kerinchi Link.

In August 2017 a development order was approved by DBKL for a 300-room resort hotel on part of Lot 481157, complete with a grand ballroom and conference facilities. The applicant i.e. “developer” is the club entity itself, KGPA. Lot 481157 belongs to the Federal Lands Commissioner and in the 2008 draft of the KL City Plan (KLCP2020), it was shown in entirety as a private open space along with KLGCC - an error subsequently corrected in the gazetted KLCP2020 of October 2018 wherein it is now shown as a public open space to differentiate it from the private golf club next door.

Construction has been progressing in earnest for well over a year. This development is not among the infamous “273 addendums” which bypassed public consultation forming the main bone of contention in an ongoing challenge in the courts by Kuala Lumpur residents against the legality of the version of KLCP2020 that was gazetted.

Therefore KGPA’s resort development is clearly illegal even without that case being ruled upon. Also noteworthy is the correction from "private" to "public" green space that must have occurred sometime between the 2008 draft and the October 2018 gazettement. Either some elements of the civil service were steadfast enough to follow rules and procedures which could result in nothing other than the proper zoning, or the culprits behind the August 2017 development order were so complacent that they forgot to slip it in as a “274th addendum”.

It is understood that the KGPA considered a “privatisation proposal” from the "real" developer whose name does not appear on public record. A retired director-general mentioned in passing that he had objected, believing such enterprise to be beyond the club’s remit. Whether this occurred at a properly constituted general meeting is not so much the issue as to whether the club had any mandate in matters relating to land zoned for public purposes. But the project nevertheless went ahead.

Now a brief look at the club entity. It started as "Kelab Rekreasi Perkhidmatan Awam", becoming KGPA through a name change in 1991 and in due course drafted in many senior-enough civil servants to join in the golfing creed. Its creation and its obtaining of tenure over the golf course was apparently much smoother sailing compared to Subang’s rough ride two decades earlier. Evidently, the Tun M 1.0-era civil service had fewer qualms about allocating public funds to “non-essentials”. After all, we were already a much richer (read: "oil") nation by then.

Neither was there any corporation act a la Subang to transparently lay down a clear charter for KGPA’s existence and the administration of public land held in trust by an operating entity (that it is public land is never in doubt, see the KLCP2020).

The KGPA president has traditionally been the chief secretary to the government, and today’s committee includes our current Kuala Lumpur mayor. So the stage is set for this venture into the hospitality business by the club who presumably will reap the profits alongside their chosen privatisation partner. On land which they do not own and for which their limits of enjoyment should have, but were probably never clearly spelt out.

With the resort apparently more than half-built now, it is mind-boggling to imagine what saving graces could be found. Should it be stopped simply for being an illegal project in development control terms, and what good would that serve? Or will it simply be “regularised” like many an illegal fait accompli with no person brought to book?

A good start would be for our government to recognise the issue for what it is, and direct the auditor-general to examine in detail the charter by which KGPA was created, the “business model” of this privatisation deal and other relevant details to come out with recommendations for how the profits from this venture could be equitably utilised in the public interest - the most obvious being the development and upkeep of the Bukit Kiara Federal Park (Taman Persekutuan) with which KGPA shares it historical origins. It is noted that the club entity apart from its obvious control over visitor (public) usage fees can also expand its membership beyond civil service ranks, eg. to government-linked companies (GLCs), as seen among the 2019 AGM resolutions. So perhaps the entire premise of the KGPA itself should be re-examined by the auditor-general.

Both the BN and Pakatan Harapan governments have supported the creation of self-funding public trusts for conserving heritage and natural resources, most notably the Taman Tugu project which was conceptualised and initiated during the Najib Abdul Razak administration. It stands to reason that an initial revenue stream from the KGPA resort is exactly the kind of thing that might support a similar initiative for Bukit Kiara. It is unfortunate that such an enlightened worldview had yet to permeate our political and government ranks during the early days of making a public amenity out of the Bukit Kiara Estate. Financial/ governance models suggested in the 1982 master plan report did indeed contemplate various Taman Tugu-like elements.

Perhaps it is not too late to salvage a part of what could have been.

PETER LEONG is secretary of the Friends of Bukit Kiara (FoBK), a registered NGO dedicated to the conservation of the Bukit Kiara green lung.