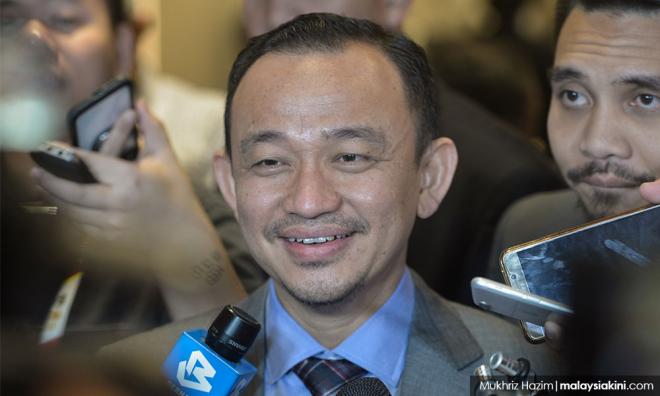 Maszlee: No one quit or got fired, I followed PM's orders

Maszlee Malik insists that he neither resigned nor was fired from his post as education minister.

"No one was fired, no one resigned," he said in a speech at Simpang Renggam today.

"There was only an administrative matter, that is the power of the prime minister, based on his wisdom and vision to see the continuity of our beloved government.

"Hence, Tun (Dr Mahathir Mohamad) made a decision, and I as an MP and (Bersatu) member, followed without question the order that was given," Maszlee added.

He also said his loyalty towards the prime minister, government, people, and Bersatu were undivided.

A segment of his speech was streamed live on Facebook.

Maszlee stepped down as education minister on Thursday. In his speech, he used the phrase "returning my position (kembalikan jawatan) to the prime minister".

He reportedly maintained this in his speech today.

However, a statement from the Prime Minister's Office clearly stated that Maszlee had tendered a resignation letter which was accepted by the prime minister.

Maszlee had not said why he resigned, only stating he respected the advice given to him by Mahathir.

"I met Mahathir at his office, and he gave me a bit of fatherly advice saying that I had done a wonderful job in my 20 months as education minister.

"But I admit that I am not a politician and never lobbied for a position in Mahathir's Cabinet," he was quoted as saying by The Star today.

The daily also cited him as saying that he bore no ill will towards the prime minister.

Meanwhile, Maszlee today said he will now focus his efforts on serving Simpang Renggam as their MP.

Maszlee has had a rocky tenure as education minister. He has blamed negative press and politicking for drowning out the ministry's achievements under his helm.