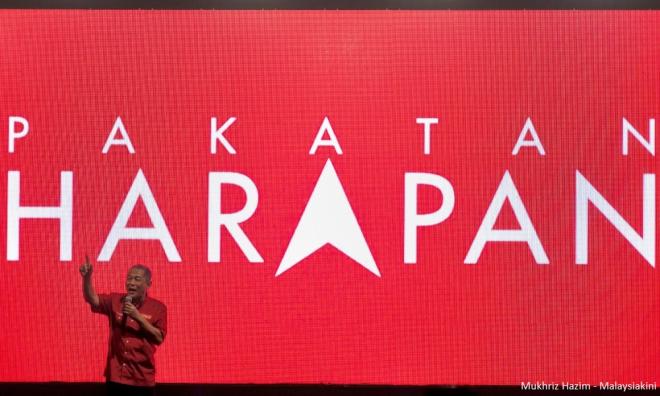 YOURSAY | ‘We are expecting the very people who killed our progressive nation to repair the situation.’

Anonymous_1576493110343.18461576492847530: "Instead of fulfilling the people's expectation of a 'Malaysia Baru', we are fed up with gutter politics, power struggles, political intrigues, racial and religious rhetoric that are destabilising our country and causing the dissipation of hope among voters who voted for change," warned Bersih, formally known as the Coalition for Clean and Fair Elections.

I find it rather easy to agree that this is our daily dosage despite some positives over the past 19 months.

6th Generation Immigrant: Change is a two-way street. Change occurs from the bottom up via the people pushing for the changes, or top down through leaders pushing people-centric initiatives.

Change is defined as "an act or process through which something becomes different". Are things different in Malaysia today?

For one, every politician we have are truly degenerating or rejects originating from that dinosaur Umno or at least Umno-influenced political parties. Umno is a denomination in Malaysia.

We saw the people pushing for a paradigm shift in wanting something different in the May 9, 2018 election results, which is etched powerfully into the nation's conscience. That is a good example of change.

The other change - the leaders pushing people-centric initiatives - has not even come close to the Richter scale of shockwaves similar to GE14.

The leaders are all still stuck with khat, Jawi, flying car, Proton, handover of power, snail-pace prosecutions which smacks political compromise, worry of Muslims around the world when the home front needs more attention, interfering in foreign nations, among others.

Malaysia needs a transitional leader for 10 years not aligned to any parochial political party.

We need a firmer prime minister and that person is not Dr Mahathir Mohamad, Anwar Ibrahim, Azmin Ali, Daim Zainuddin, Rafidah Aziz and the lot.

We need an intelligent technocrat (almost running the nation like a coup leader) to come forward for 10 years to put our entire administration, government machinery, judiciary, enforcement and security agencies into order as they are all beyond economical repair.

They will continue to fail until a paradigm change is instituted. We are expecting the very people who killed our progressive nation to repair the situation.

Clever Voter: Majority of the ministers were previously standing on soapboxes or at the back of lorries shouting rhetoric that excite and raise emotions of the public.

Today, they are properly attired but lack the intellectual ability to understand and manage the legacies, develop change and engage internal and external stakeholders.

All of them were ill-prepared and half of them do not have the qualifications. There are a few from dodgy universities, including the former education minister.

Let's face it, they are still clueless. Half of the ministers should be fired. There are good people out there who are not necessarily full-time politicians.

The country faces a difficult choice ahead. The government has to decide and improve with 3.5 years left of its mission. It's a difficult task.

Changing the leader is one thing. Do they have the guts to stand aside for the sake of a better nation? Most doubt it.

2020 is another year of downside. But by 2022, they will know whether they are jobless. There will be chances for those who perform, however.

Seladang: The Pakatan Harapan presidential council is paralysed by intrigues from Mahathir and Azmin Ali, and is rudderless by the infighting between Bersatu and PKR, DAP and Amanah.

Anwar is sullied and has no guts to take on Mahathir and alleged “mole” Azmin because Mahathir may have all the dark secrets on Anwar.

Anwar and the Harapan infirm members are allegedly relying on soothsayers on the demise of Mahathir this year for a smooth transfer of power, while the economy is dithering with Mahathir's antagonistic platitudes and berating of Malaysia's major trading nations.

Mahathir is no reformer but a voyeur purportedly conducting cosmetic reforms to protect his family’s freedom.

Harapan will be held accountable if they deliberately manipulated issues to create misgivings and animosity among the citizens with imbecile policies and arguments and trumped-up hallucinatory charges against Malaysians over alleged links to a defunct liberation organisation.

Harapan, especially Anwar, must have enough testosterone to rein in Mahathir’s mosquito party and replace him before the damage is irreparable.

Fellow Malaysian: It is clear to me that reforms and Mahathir are in discord with each other.

The rakyat has been fooled over the past 19 months before they realised that Mahathir has the least intention to make meaningful reforms.

The “All Mighty” sits in Putrajaya, when not bashing or lecturing other sovereign nations, and when not flying around the world on trips.

And the "superior race" organise demonstrations and make hate speeches on a daily basis against the very strata of people whose monies finance them.

What irony. Shared prosperity my foot!