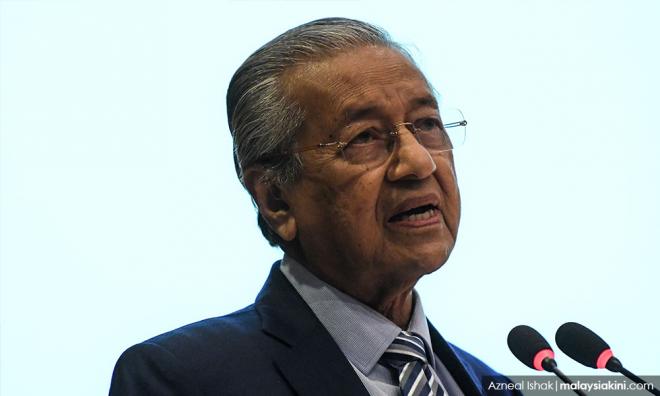 Dr M: The poor need to be productive, don't be envious of the wealthy

Prime Minister Dr Mahathir Mohamad said people should not be envious of the wealthy as they contribute a large amount in taxes for the development of the country.

However, the Bersatu chairperson added that the wealthy must help the poor, and likewise, the poor need to be productive in order to uplift themselves.

"There are those among us who feel envious that they are wealthy, particularly if we have contributed to their wealth. But this envy must be suppressed and not allowed to influence us.

"We need the wealthy so that they pay high taxes - sometimes hundreds of millions - to the government, and we use this money to pay salaries and develop the country.

"If everyone is poor or unable to pay taxes, where will we get funds to manage the country?" he told civil servants during their monthly gathering at the Prime Minister's Department in Putrajaya today.

In his speech, Mahathir said the government, including ministers and civil servants, need to impress upon the poor that they cannot be uplifted through mere subsidies and assistance.

"Why are they poor? Because they are unproductive and do not contribute to society in a way where society would repay them," he added.

Mahathir said the government is working on programmes to assist the poor but stressed that it will also require effort on their part.

"We will introduce ways to increase the income of the poor but they must be responsive and practice them," he said.

Mahathir added that any lack of knowledge of skill in the poor community can be overcome if they are willing to learn and have the right attitude, including a sense of duty, sincerity, honesty and an aversion to corruption.

"There is a place for both the poor and the wealthy. The wealthy must also work to help the poor," he said.

Mahathir also emphasised the importance of the civil service and urged everyone to set aside their personal feelings in ensuring that the government's policy in accordance with Shared Prosperity 2030 is implemented.

"I hope everyone will focus on the nation instead of themselves," he said.