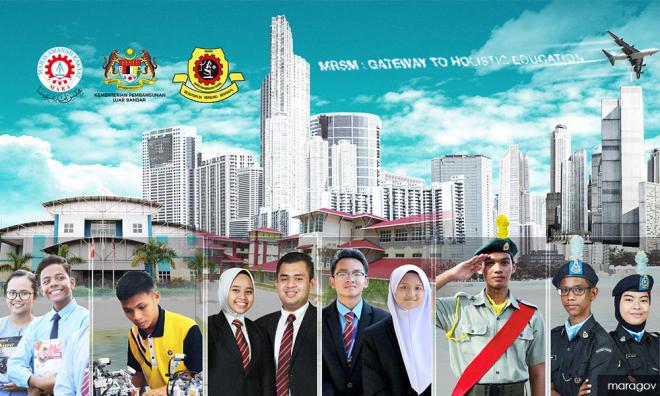 62 pct of MRSM Form One intake from B40 households

About 62 percent of the total 7,628 Form One students who have started their schooling session at 54 Mara Junior Science College (MRSM) nationwide this year are those from the low-income (B40) households.

“Today, a total of 7,628 Form One students have registered to start the new school session at MRSM nationwide and 62 percent of them are from B40 households.

“For this year, we have also approved 300 students in their appeals to enter the institution,” she told a press conference after a working visit to MRSM Sungai Besar today.

A total of 180 Form One students have enrolled at MRSM Sungai Besar which adopted the Ulul Albab programme.

Rina also said that this year, about 3,000 Form One to Form Five MRSM students nationwide had been selected to receive assistance under the Aid for Mara Education (Budi) programme.

She said Budi recipients were hardcore poor students who obtained at least 3As and 3Bs in the Ujian Pencapaian Sekolah Rendah (UPSR).

“Under the programme students will enjoy a monthly allowance, exemption from paying the school contributions and an allocation of RM1,500 a year for school supplies,” she said.

In another development, Rina (above), who is also Bersatu Srikandi (women's wing) chief, said she wound defend her post in the next party election.

“I would like to defend my post as there are several agendas for women I want to work on,” she said.

Bersatu will hold the assembly and elections at branch level from Jan 25 to March 1 and the division level on April 4, while its general assembly and party elections will be held simultaneously on June 20.