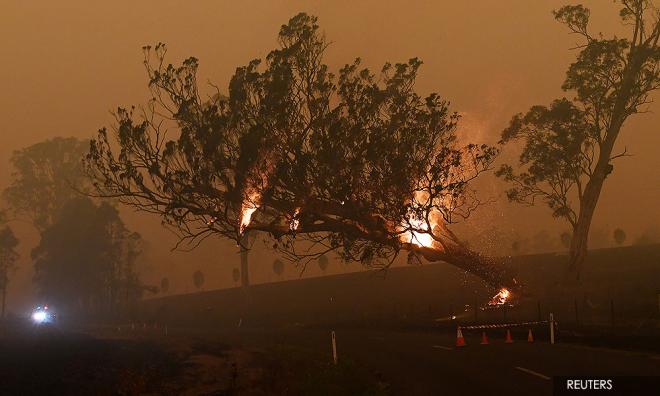 Australian authorities today urged residents along the east coast to be ready to evacuate despite a third day of cooler weather that allowed firefighters to strengthen lines of containment in battling weeks of unprecedented bushfires.

More than 10.3 million hectares (25.5 million acres) of land an area the size of South Korea - have been razed by bushfires across Australia, according to the latest data, with the southeast particularly hard hit.

With cooler temperatures and light rain, firefighters have been able to gain the upper hand on many of the east coast fires, though authorities warned people not to become complacent.

Australia's bushfire season started earlier than normal following a three-year drought that has left much of the country's bushland vulnerable to fires.

Thousands of people have been left homeless, while many in rural towns have spent days without electricity, telecommunications and, in some cases, drinking water. Military-coordinated rescue and support efforts are going on.

Following are some highlights of what is happening in the Australian bushfires crisis: