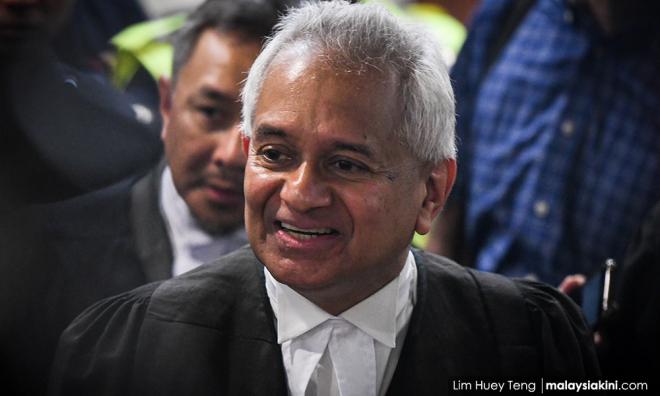 This is because forensic video experts were unable to confirm the identities of the individuals in the video, Thomas said in a statement today.

"Cyber Security Malaysia found that whilst the videos were authentic, facial recognition could not be achieved due to poor resolution of the video recordings upon which such analysis was performed."

"Because of Cyber Security’s inconclusive findings, PDRM sent the videos to be independently analysed by forensic experts in the United States of America. PDRM received the result of the second analysis in December 2019.

"This independent report confirmed Cyber Security’s findings, amongst others, that 'the inability to identify individuals in the viral videos is primarily due to the low resolution and quality of the viral videos and the relatively few number of video frames in which the suspect is clearly visible'."

The attorney-general said he had accepted their recommendation and have decided not to prosecute any person.

The videos first surfaced on June 11, 2019 when they were leaked to many members of the media through Whatsapp groups.

The next day, former Santubong PKR chief Haziq Abdullah Abdul Aziz released a video in which he confessed to being one of the men in the video and alleged that the other person was Azmin (photo).

Thomas said that since June 13, his office and the police had worked very closely in reviewing the investigation papers on the sex videos.

"The investigation was conducted under Sections 377B and 377D of the Penal Code for carnal intercourse against the order of nature.

"The standard investigation protocol between this Chambers and PDRM was followed."

He said that numerous discussions were held to review the evidence gathered by the police at the appropriate stages of the investigation and several instructions for further investigation were issued to them to ensure the sufficiency of the evidence before any prosecutorial decision could have been made.

"Many witnesses were interviewed by the police to ascertain the facts connected to the video and there had been arrests and remand of some of these witnesses in connection with the investigation."

Thomas explained that the investigations had been delayed for a number of reasons, primary among them being the length of time involved before forensic reports were finalised.

"In the course of investigations, due process of law must be observed, procedures and technical requirements for proper forensic analysis must be complied with.

"This also includes working within governmental constraints and procedures to secure additional funding approval to enable PDRM to complete its investigations," he added.

However, Thomas' statement did not address the issue of Haziq's (photo) confession.

He also added that the police had received an unsolicited analysis report on the videos from a private individual believed to be Umno supreme council member Lokman Adam.

"This report also confirmed the findings in the other two reports mentioned above that identification could not be conclusively made based on facial recognition analysis," he said.

"In these circumstances and upon reviewing evidence as presently gathered and submitted by the PDRM to this Chambers, my deputy public prosecutors unanimously recommended to me that no charges be proffered in connection with the videos."

Thomas added that consistent with the AG's Chambers' normal practice, investigations may be reopened if and when new evidence becomes available.