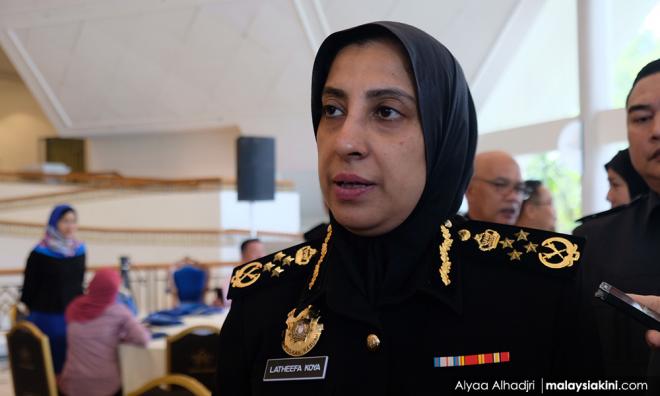 MACC has handed over parts of audio recordings to police, Latheefa says

MACC has handed over to the police part of the nine audio recordings which purportedly contain conversations between former prime minister Najib Abdul Razak and several other individuals related to the 1MDB and SRC International Sdn Bhd cases.

MACC chief commissioner Latheefa Koya said they will cooperate with the police in the investigations into the audio recordings and they are now waiting for investigation papers to be opened or for anyone to be called in for questioning.

However, she did not mention when parts of the recordings were handed over to the police.

When asked if the MACC is ready to reveal the source of the recordings to the police, Latheefa said: “Of course what we have revealed have to be investigated and we have already informed the police as they need to start their investigations."

“In our revelation, there were a few elements of wrongdoing which the MACC can investigate and the police can also investigate, so we will leave it to the authorities (to conduct further investigations),” she said.

She said this at a press conference after visiting Perak Menteri Besar Ahmad Faizal Azumu at his office in Ipoh today.

Among them were calls between him and former MACC chief Dzulkifli Ahmad (above).

Others included conversations between Najib and high-ranking individuals from the United Arab Emirates, concerning the US Department of Justice's 1MDB civil forfeiture suits and funds channelled to Najib's stepson Riza Aziz.

There was also a recording of a conversation between Najib and his irate wife Rosmah Mansor.

Najib, who was met by journalists in court after the disclosure was made by the MACC, said he was shocked and his lawyer Muhammad Shafee Abdullah said they were mulling legal action.

Latheefa said in the press conference today that it was Najib’s right to take legal action against the MACC if they wanted to.

“I do not want to comment further. He can do what he wants regarding this issue,” she said.

When asked about claims that the revelations of the recordings were politically-motivated due to the upcoming Kimanis by-election on Jan 18, she said anyone can say whatever they want as it is their right to express their opinions.