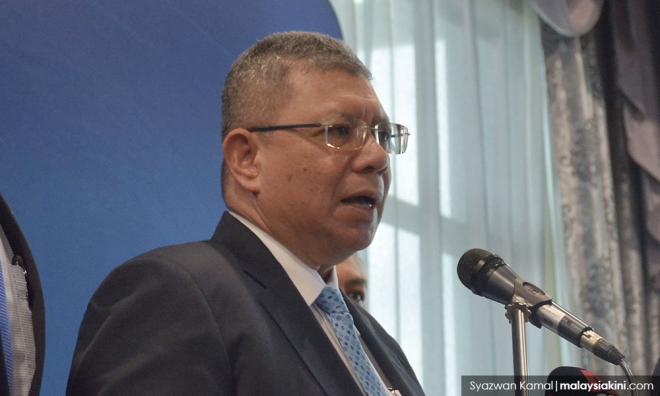 Foreign Affairs Minister Saifuddin Abdullah has brushed off diplomatic concerns following the release of an audio clip of a purported conversation between former prime minister Najib Abdul Razak and dignitaries from the United Arab Emirates (UAE).

The ministry has since contacted its UAE counterparts to explain the matter, he added.

Asked this afternoon if the clip, made public by the MACC yesterday, would affect bilateral relations with the Middle East nation, the minister said he did not think it would.

“Nevertheless, we at the ministry have already taken the standard steps when such issues arise. We have our way of contacting the parties involved to explain the situation.

“I don’t think this will cause any problems. It is among our duties to contact and provide information as well as explanations when such issues arise,” he said after attending an MOU-signing ceremony between the ministry and Universiti Teknologi Mara (UiTM) in Putrajaya.

Pressed if conversations between the prime minister and diplomatic corps were usually recorded, Saifuddin appeared to sidestep the question.

“Well, you have heard the conversations, but I would refrain from making any comments on the conversation. Because this may infer our position and that is not good because, for one, it involves another country.

“And secondly, those things can become evidence (sic) in the court of law, and I don’t want to be part of that. I don’t want to add anything else to the conversation that was heard by many people yesterday,” he answered.

Malaysiakini did not cover the event but managed to obtain a recording of the press conference.

In the recording of one call, Najib was heard making a personal request to Mohammed for help to shield his stepson Riza Aziz from the US Department of Justice’s (DOJ) scrutiny of 1MDB.

The DOJ had accused Riza's company Red Granite Pictures of using funds misappropriated from 1MDB to finance its films, including The Wolf of Wall Street.

In the other call, Najib is heard telling the prince that the DOJ’s announcement had placed a “dark cloud” over Malaysia and sought to resolve the two nations’ impasse over 1MDB.

This is believed to be concerning 1MDB’s failure to pay for bonds that were guaranteed by the UAE’s International Petroleum Investment Company (IPIC).

These were among the nine clips released by the anti-graft agency.

According to MACC chief Latheefa Koya, an anonymous source had handed over the phone call recordings and the decision to reveal them was made in the public’s interest.

"There are various serious issues that arising (from the audio clips), including abuse of power, criminal conspiracy, obstruction of justice, compromising national security, fabrication of false evidence through foreign aid and connivance.

"I have instructed my officers to take all necessary steps, and we will hand over the material to the relevant authorities for investigations," she said yesterday.