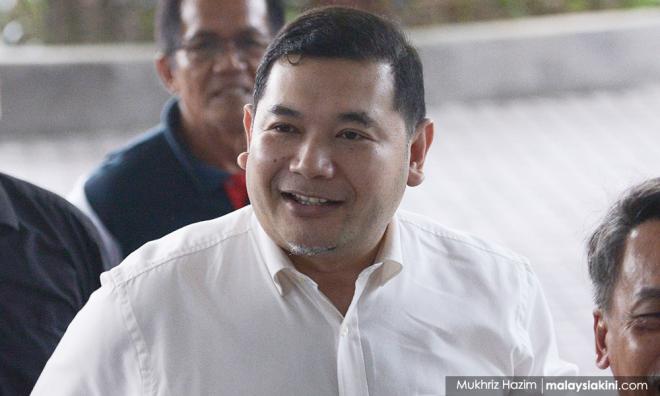 If Prime Minister Dr Mahathir Mohamad does not commit to a timeline for the transition of power to PKR president Anwar Ibrahim by early next year, a retirement date may be imposed on the former.

PKR vice-president Rafizi Ramli (photo), one of those responsible for drafting the transition pact between Mahathir and Anwar, said Pakatan Harapan may be forced to do so as the rakyat would have lost their patience over the issue by then.

“If (Mahathir) relinquishes willingly, the transition will be very smooth,” said Rafizi, who is seen to be aligned to Anwar.

He said this in a conference at the Iseas–Yusof Ishak Institute’s annual regional outlook forum in Singapore today as reported by the South China Morning Post (SCMP).

The succession issue, he said, would ultimately be decided by the Harapan presidential council, which Mahathir and Anwar are both part of.

Rafizi said he was among those responsible for drafting the original transition pact signed on Jan 7, 2018, before the 14th general election.

As such, he said the agreement did not include a handover date, but it was due to Mahathir, who had alluded to a two-year timeline which caused many to believe he would hand over the reins to Anwar by May 2020.

Since then, Mahathir had said there is no definite timeline for the handover though he repeatedly said he was committed to honouring the agreement.

Most recently, Mahathir had said he would only step down after the final leaders’ meeting at the Asia-Pacific Economic Cooperation (Apec) forum hosted in Malaysia in November this year.

Rafizi today said he did not believe any party would make a “bold attempt” to force a succession this year as politicians’ instinctively do not want to rock the boat.

In dismissing those who believe Anwar’s position as the future prime minister was not certain, Rafizi said Anwar has the support of a vast majority of elected representatives from PKR as well as DAP.

PKR and DAP together control a total of 92 of 222 parliamentary seats, which is only 20 seats short of the 112 seats needed to have a simple majority.