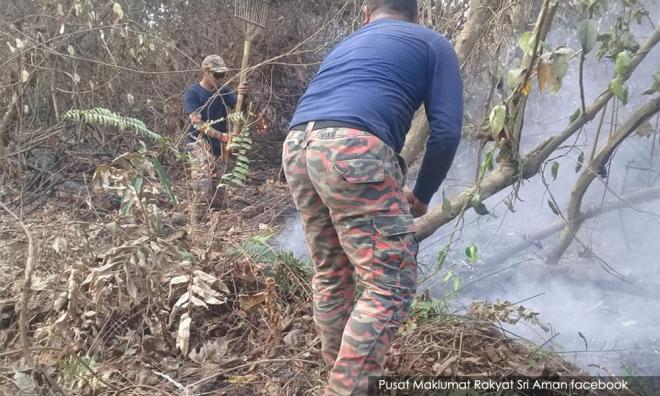 The Ministry in a statement today said it has also activated the Open Burning Prevention Action Plan and the standard operating procedure for the Department of Environment (DoE) offices in all states as well as other related state agencies, effective Jan 6.

During the tail-end of the northeast monsoon, rainfall distribution will decrease throughout the country and incidents of open burning are likely to occur in areas that are prone to fires that will potentially affect air quality and public health, it said.

The ministry also said that under the PTPTK, DoE and other enforcement agencies would increase the frequency of patrols including air monitoring using drones in high-risk and fire-prone areas such as peatland and waste disposal sites.

Active monitoring of current air quality status through 65 DoE Automated Air Quality Monitoring stations as well as weather observation and forecast by the Malaysian Meteorological Department will also be carried out, it said.

The ministry will also intensify enforcement measures such as court action and the issuance of compounds under Section 29(A) of the Environmental Quality Act 1974 and those convicted can be fined of up to RM500,000 or imprisonment of up to five years or both.

“Strict action will be imposed against irresponsible parties found to have caused open burning, including landowners,” the ministry said.

The landowners are also urged to closely monitor their respective land, especially those located at fire-prone areas including peatland, agricultural land, plantation, construction sites, bushes, industrial areas and landfills, including those that operated illegally.

“The landowners are also required to take steps to prevent encroachment by irresponsible parties, causing open burning,” it said.

Members of the public are also advised against conducting open burning and to report such incident to DoE at toll-free number 1-800-88-2727 or https://eaduan.doe.gov.my and the Fire and Rescue Department at 999.

The API readings and air quality status can be obtained at the DoE portal at www.doe.gov.my and via the 'MyIPU' application on smartphones.