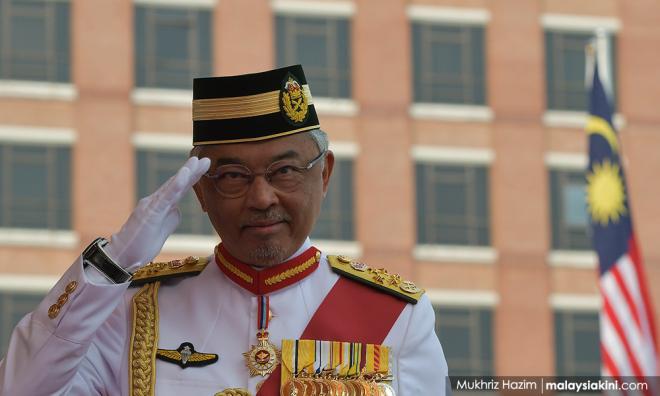 Agong: I will strive to unite Malaysians

The Yang di-Pertuan Agong Sultan Abdullah Sultan Ahmad Shah admitted that his duties as the current Malaysian king are indeed difficult and challenging.

Sultan Abdullah said the responsibilities entrusted on him were very heavy, especially in uniting the multi-racial society with diverse views and opinions.

“I feel that the tasks and responsibilities had become heavier.

"If it is only being the Sultan of Pahang, I might have a good grasp of everything, but when appointed as the Yang di-Pertuan Agong, it is indeed a different story. I have to learn so many things that I know nothing about.

“I personally never thought that I have to read a lot of government papers and sign so many letters and instruments, which are part of the King’s duties.

“Hence, I hope no matter how small the step I’m taking, I will continue uniting the people and I will do my level best to reach out to the people and to assist them in every possible way,” the King said after attending the thanksgiving prayers in conjunction with the first-anniversary celebration of his ascension to Pahang’s throne on Jan 15, at Istana Negara last night.

The event was attended by the four generations of Pahang royal family, including the children and grandchildren of Sultan Abdullah, and others descended from the royal lineage of the late Sultan Ahmad Shah and his predecessors.

Sultan Abdullah was proclaimed the sixth ruler of Pahang on Jan 15, 2019, to replace his ailing father Paduka Ayahanda Sultan Ahmad Shah before the latter died on May 22 the same year.