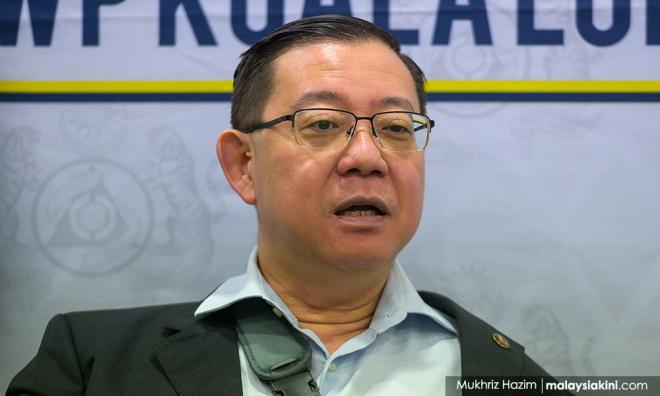 Malaysia's economy to do better in 2020, says Guan Eng

Malaysia’s economy is expected to do better in 2020 as the manufacturing purchasing managers’ index (PMI) for December 2019 rose to a 15-month high, says Finance Minister Lim Guan Eng.

In a statement today, Lim said in addition, the government is boosting employment opportunities and incomes of youth, fresh graduates and women through the five-year RM6.5 billion [email protected] programme, while implementing major infrastructure projects valued at RM120 billion.

He said other infrastructure works to support the Malaysian economy include the building of Bandar Malaysia with a gross development value of RM140 billion and the RM450 million allocation to distribute a one-off RM30 e-wallet credit to eligible Malaysians in a bid to encourage the use of cashless payments.

"The PMI is not the only indicator pointing towards a more sustained future expansion. The Department of Statistics Malaysia (DOSM) showed that the latest leading economic indicators expanded 1.4 percent to 120.3 points in October 2019 versus 118.6 points in the previous month.

"This is a significant improvement from the -0.4 percent and 0.3 percent change in August and September respectively,” he said.

Lim said trends exhibited by the RAM Business Confidence Index published this week concur with the outlook implied by the PMI and DOSM data.

Local rating agency RAM suggests that sentiment among Malaysian businesses is improving, with confidence among corporates rising 3.2 points to 56.4 in the first to second quarters of 2020 relative to the period from the fourth quarter of 2019 to the first quarter of 2020.

At the same time, confidence among small and medium enterprises rose 1.0 point to 54.2, which is the highest level since the index began in 2017, he added.

"These findings are in line with the Government’s optimistic view regarding 2020 growth prospects, which expects the Malaysian gross domestic product to grow robustly at 4.7 percent in 2019, before accelerating to 4.8 percent this year.

"For the first three quarters of 2019, the Malaysian GDP has expanded by 4.6 percent year-on-year," he added.