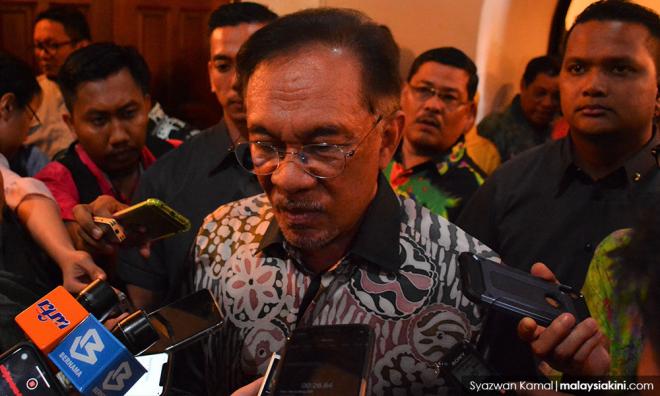 No prosecution in sex video scandal, Anwar hints at acceptance

After having previously called for Economic Affairs Minister Mohamed Azmin Ali's resignation from the cabinet if found guilty of involvement in an alleged sex scandal, PKR president Anwar Ibrahim today indicated acceptance that there will be no prosecutions linked to the case.

"I read the statement... I think the attorney-general had decided based on the evidence adduced to him.

"So, we will leave it at that," Anwar told reporters when met after a forum hosted by the International Institute of Islamic Thought and Civilisation (Istac) in Kuala Lumpur...