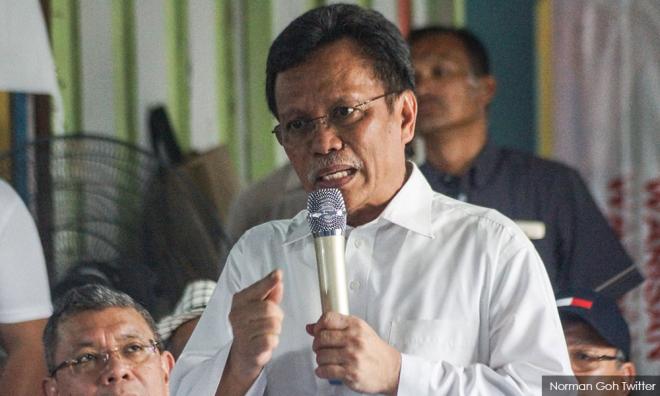 Shafie announces new district office to be set up in Kimanis

"God willing, we will approve the setting up of a district office in this area," he said at a meet the people session at Bongawan last night.

"I rarely make promises... My intention is none other than contributing my time and energy to my beloved Sabah," he said.

Then event moderator then urged the crowd to stand up to thank Shafie for the district office.

In 2011, the then BN Kimanis parliamentarian Anifah Aman announced the merging of the Kimanis, Bongawan and Membakut sub-districts into a full district, and the proposal would be materialised in 2012.

In 2015, Membakut state assemblyperson Ariffin Mohd Arif asked the government to expedite the setting up of a full district.

At present, the people in Bongawan need to travel 40 minutes to the district office in Papar for official and administrative matters, including business license, payment of quit rent and assessment.

This is despite the presence of a sub-district office in Membakat which is only 20-minutes away.

This is because Bongawan sits in the Papar district while Membakut is under Beaufort district.

A businessperson in Bongawan said the setting up of a district office is significant and is expected to stimulate the development in the semi-rural district.

"With a district office here, we can expect other government agencies, a post office, banks and even a hospital to come in.

"Currently, there are no banks in Bongawan," he said.

The Kimanis parliamentary seat by-election is seeing Warisan's Karim Bujang and BN's Mohamad Alamin faced off against each other.

Kimanis by-election is an important test of support - Muhyiddin
12 Jan 2020
Najib: Shafie should blame himself for Sabah's lack of progress
12 Jan 2020
Mohammadin sees no issues in approving allocation for school in Kimanis
12 Jan 2020
Warisan favourites in Kimanis but needs to maintain drive to ensure victory
12 Jan 2020