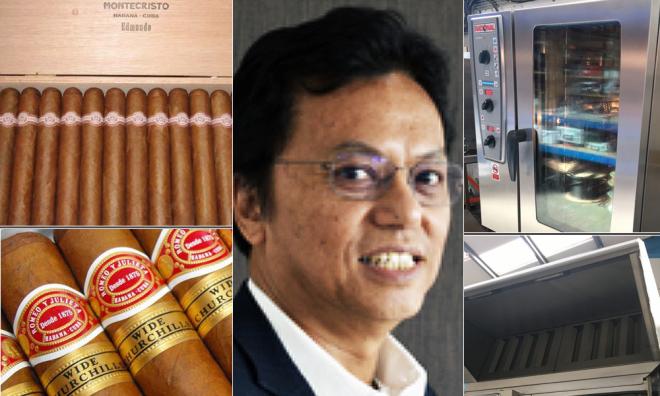 Man pleads not guilty to using foundation's funds for cigars, oven for wife

Abdul Rahman (photo, above) pleaded not guilty after the charge was read out to him before judge Azura Alwi today.

EMGS is currently under investigation by both the MACC and the parliamentary Public Accounts Committee (PAC).

However, the charges today were specific to Yayasan Pengurusan Ilmu.

On the first charge, Abdul Rahman is said to have transferred RM150,000 from the fund to his private company, Syarikat Mudra Resources Sdn Bhd, on Nov 23, 2018.

On the second charge, he purportedly abused RM3,049 from the fund on Dec 24 to buy two boxes of cigars, namely Montecristo Edmundo and Romeo y Julieta Wide Churchill each.

The third charge states that he abused RM25,000 from the fund to buy Rational Combi Oven & Ultravent Plus Exhaust Hood for the Coffee Sandwich Revival Sdn Bhd, which is owned by his wife, on Jan 7, 2019.

Abdul Rahman was charged under Section 409 of the Penal Code, which provides for a jail term of up to 20 years, whipping and a fine upon conviction.

Judge Azura allowed the accused to be released on an RM100,000 bail, with one surety.

Abdul Rahman also has to report to the Kuala Lumpur MACC office, once a month, beginning next month until the trial is over.